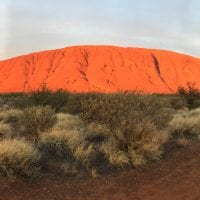 The approach to Uluru rock in the outback of Australia is long, anticipation building as the view of the massive structure grows over the desert horizon. From a distance, it appears as an ordinary isolated plateau but up close, visitors are dwarfed against its looming fortress walls.  Millions of years ago the formation was pushed… Read more » 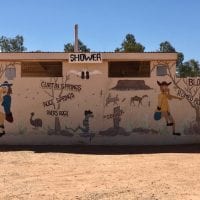 I’ve always loved the Australian accent. Despite being perceived as descended from the Royal British dialect, it really comes from more modest beginnings and has its own distinctive pronunciation. This shouldn’t be a surprise as immigrants to Australia came from Ireland, Scotland, and different parts of England. Kel Richards has studied and interpreted the language’s… Read more »