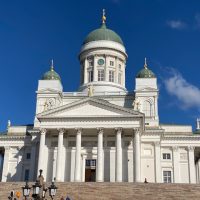 I don’t know why Finland has always beckoned.  Its location between Russia, that looming communist country to the east and the very liberal Scandinavian presence on the west was intriguing.  Both sides have claimed its territory – Sweden for 700 years between 1150 and 1809 and Russia from 1809 to 1917.  Even as an independent… Read more »