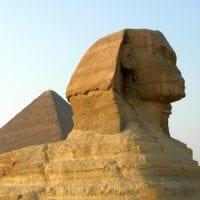 The Giza Pyramids outside of Cairo have been a tourist destination for over 3,000 years. Let me repeat that. Three thousand years ago, tourists from ancient Greece and Rome had heard of and traveled to see this marvel. It is the only original Seven Wonders of the World that survives. By looking up at the… Read more » 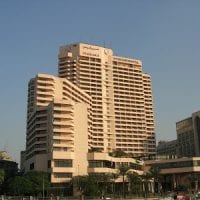 I watched Barack Obama’s acceptance speech at 7 a.m., November 5th, in a hotel room in Cairo, Egypt. There were not shouts of joy in the street at the time. It was too early for the newspapers headlines to reflect the victory. But later, the excitement of his election became apparent. Under the People to… Read more » 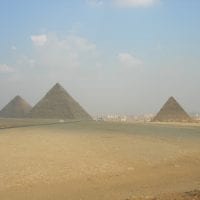 The Desert Road from Cairo to Alexandria is a swift journey from Egypt’s past to its future. In parting Cairo, we crawled through a few of its poorer neighborhoods where camels trotted down narrow alleyways and donkeys pulled trash-laden carts. The dust shrouded Giza pyramids appeared suddenly, facing some of Egypt’s most luxurious hotels. And… Read more »