A Father, a Daughter, and the Singular Himalayan Journey that Reunited Them

Mary Walker Clark barely knew her father or his past.  When he died, he left not only the expected void in a teenager’s life, but he disappeared without sharing his Indian Jones-styled tales about flying the Hump, a little-known treacherous series of US missions that transported supplies over the Himalayas to China during World War II.  A chance encounter with the WWII pilot who flew with her dad on his last mission launches both her overdue search for her father and this memoir.

With so many questions unanswered fifty years after her father’s death, the author uses clues found in neglected letters from his student pilots in a war trunk, discoveries of his personal life, research into the Hump history and other Hump veterans’ experiences, to bring alive a little-known father and war operation.  Small details from interviews with an aunt, cousins, brothers and friends help resolve the enigma of a quiet and absent businessman farmer with an adventurous past.

Told in an approachable style, intertwined vignettes of rescued family memories, uncovered war stories, and a long-delayed confrontation with the pain of her father’s death all lead the author to her extraordinary journey half-way around the world to India and China to follow her father’s WWII footsteps.  The exotic settings expose a new understanding of her father’s past and the quest brings a surprise reception and unexpected emotional conclusion in Kunming, China.

A moving journey leads the author to the other side of the world, where her father served as a pilot flying the forbidding Himalayas in the perilous Hump Airlift of World War II. Beautifully remembered, Mary Clark shares her wonder as the “grainy black and white” picture of her father comes into focus, in this story of a daughter’s quest and a daughter’s love, and the heroic but endearingly human man she finds.

“Reading Mary Clark’s description of her father flying The Hump in “Landing in My Present” brought back many of my own memories.  I really don’t know how she was able to capture so well the details of her father’s experiences flying in India and China.”  —Stuart Arnold, former Australian Hump pilot and retired pilot with Trans-Australian Airlines.

A true account of a fantastic quest to know a father, a WWII veteran originally from the Texas Panhandle. Like many war veterans, he kept his experience to himself. Mary Clark reveals a growing understanding of the father she’d always wished to know.  Readers will appreciate Clark’s careful investigation and her exemplary style while writing about an emotional journey of discovery.

—Carolyn Osborn, author of Durations, a memoir and personal essays; recipient of Lon Tinkle Lifetime Achievement Award from the Texas Institute of Letters

“Landing in My Present is a touching daughter’s love letter to her father. Through letters and stories discovered fifty years after his death at a young age, the author “meets” him through the eyes of an adult. World War II fans will appreciate the stories of his years as a pilot in the Army Air Force flying dangerous transport missions from India to China.”

– Katrina Shawver, author of Henry – A Polish Swimmer’s True Story of Friendship from Auschwitz to America.

“The pilots that flew the Hump made a huge contribution to China’s defense against the Japanese invasion.  This history is well known in China and we are grateful to the pilots who helped us.  I am happy that Mary Clark wrote about this important story.” 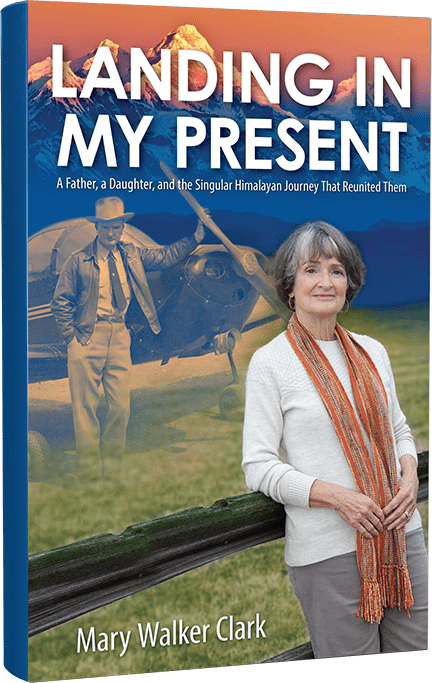 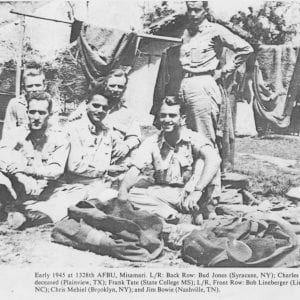 An article about the author’s father and some of the solders in Missamari many years later. It refers to him as deceased. 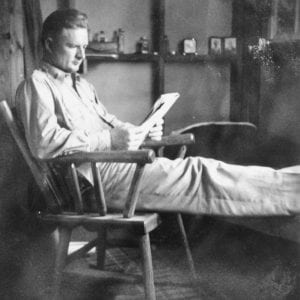 Charles Walker resting in one of his barracks. His parents’ pictures are on the shelf. 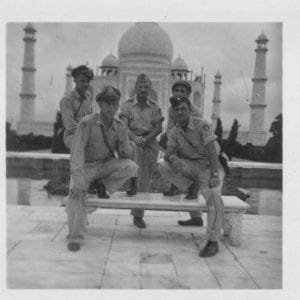 Charles Walker and other soldiers at the Taj Mahal 1945. 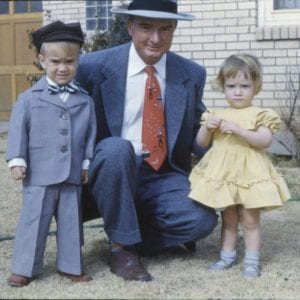 The author’s father with her and her brother, Mack, in about 1952 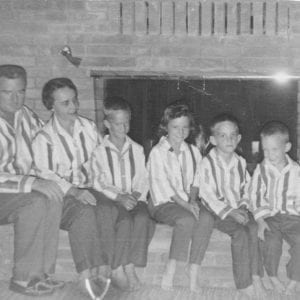 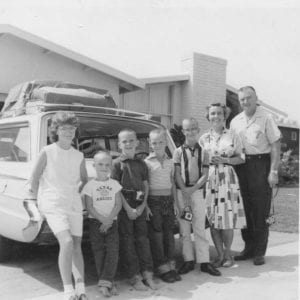 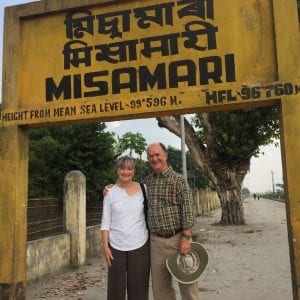 The author with her brother, Mack, in front of the train station in Misamari, India where their father was stationed. 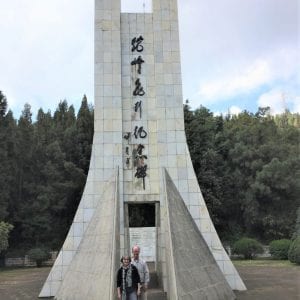 The author and her brother, Mack, at the Hump Monument in Kunming, China