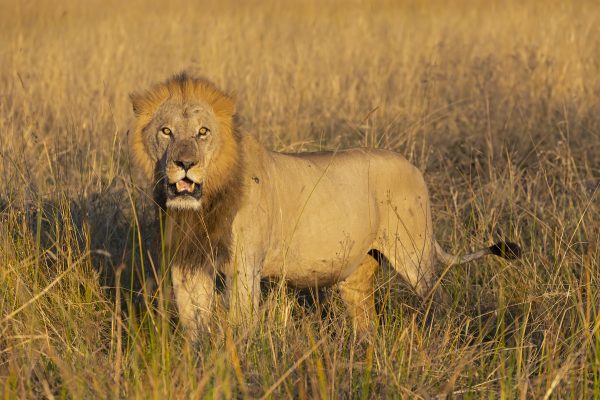 It was his eyes that drew me in – focused on the distant horizon, unblinking, looking for what he was hearing.  A mature Botswana male lion, the largest of the big cats in Africa, had stopped suddenly, fifteen yards away, intensely still, listening.  Gazing outward, he moved his mane from side to side, passing indifferently over our near presence in the open-air jeeps.  Turning to his left he moved into the meadow, gradually fading as if he were Shoeless Joe Jackson in the movie, Field of Dreams, his sandy coat indistinguishable from the tall grasses.  When he reappeared, he knew where he was going, across the field, towards the stream.  After first roaring to scare off any crocodiles, he entered the waters, swam a short distance, re-emerging to shake the water off. 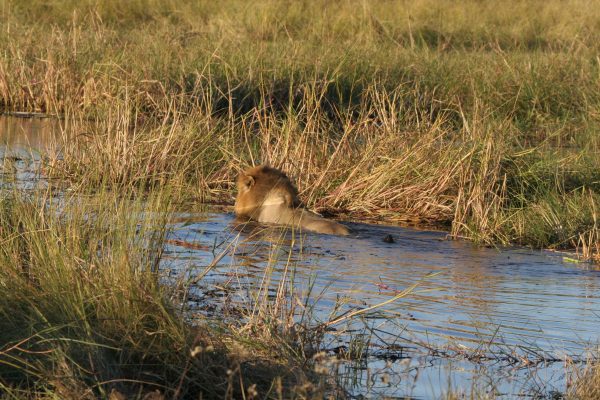 And, again, he disappeared into the grass, hopefully to find his mate. This was not our only encounter with the African lions, but because of his proximity, it is my strongest memory 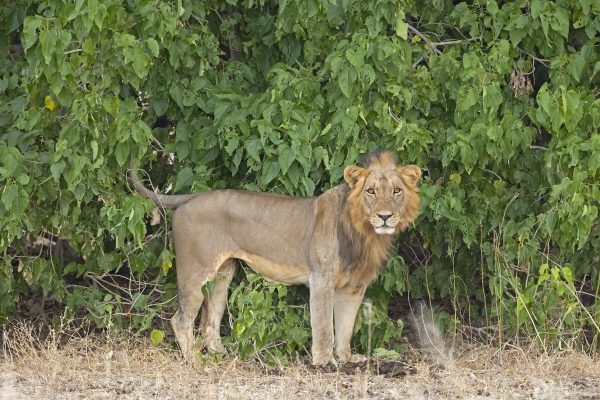 Since my return, I’ve been asked if we were afraid being that close to the king of the jungle.  Truthfully, I wasn’t.  They seemed accustomed to our presence and disinterested in what we had to offer.  And, despite movies to the contrary, lions don’t create the most danger to humans in Africa.  That distinction would go to mosquitos that kill hundreds of thousands a year.  Lions aren’t even the most dangerous big animal in Africa.  That would be the hippopotamus which takes down 3,000 humans a year. Lions come after elephants and crocodiles, killing 200, primarily by sick males or when its testosterone levels are up in musth.

But lions are a danger to every other animal in Africa as they can wrestle down antelopes with ease, cape buffalos with some effort and with a little help from other lions, even a giraffe or elephant.  We saw two leopards squeezed in some branches of a tree, having been chased by a lion that was still roaming the area.  The Okavango Delta in Botswana is known for its large Cape buffalo herds.  They like the water and lions don’t but have adjusted to be close to such tasty fare.  There’s also a large population of impalas, cousins to our deer but with more dramatic horns on the male and a white circle on their rumps.  Impalas are the breadbasket for the animal world of southern Africa, including lions, and they are the most common animal we saw.

Certain prides are known by trackers.  At our first camp in Botswana, we heard a new pride had been seen in the area.  It was always tricky to find them although they had their favorite hangouts.  My husband’s jeep was the first to see a pride of females and babies, causally crossing the road.  I had “lion envy” as I had not gone out that afternoon.  But the next day, we found two male lions lying in the tall grass. 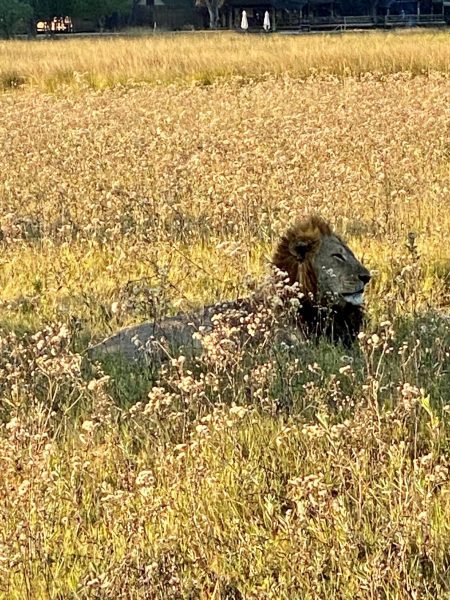 The head of one was up as he sleepily surveyed the nearby humans.  The other was deep into an afternoon nap with only his raised foot giving him away.  Our guide thought they were brothers and had just eaten.

Botswana has a healthy supply of lions today, thanks to conservation efforts and governmental policies. It is one of four countries that have seen an increase of about 12% in lions as opposed to the remainder of Africa where the lion population has decreased by 60%. The politics of saving the lions is complicated. No one disputes the numbers of lions have decreased dramatically from approximately 500,000 in 1950 to an estimated 20,000 today.  No one argues that Photo Safaris brings in needed revenue and provide employment to many.  And it’s undisputed that lions do kill livestock.  Solutions to declining numbers have included banning hunting completely, breeding lions in captivity for trophy hunting, and predator proof fences.

Anti-poaching efforts also are used by all the countries and we saw a jeep full of soldiers doing just that in Botswana.  Our guide greeted them and told us safari guides often give assistance to the anti-poaching efforts by notifying authorities when they see poachers.

Our last encounter with the lions was in Zimbabwe in a wooded area with a pride of lionesses quietly following its leader. 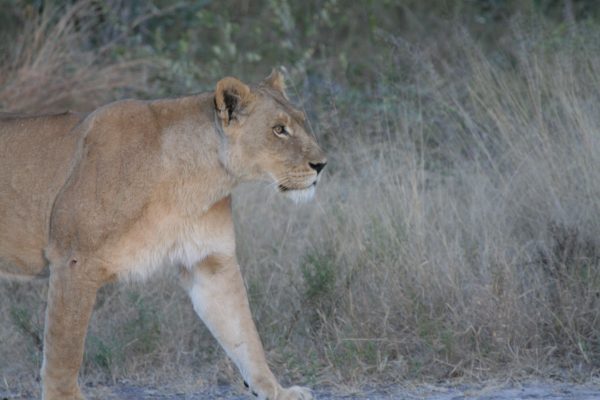 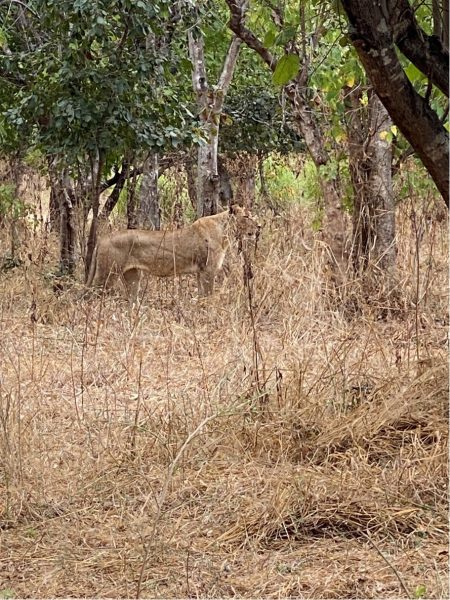 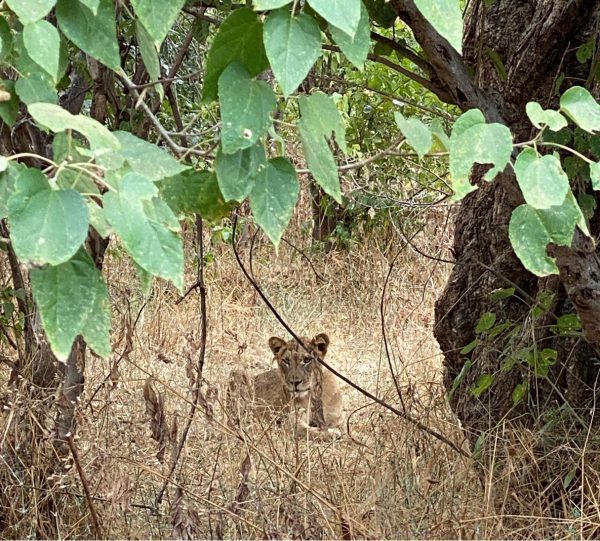 She slowed down and crouched.  The others followed suit.  Her muscles were taut, and her eyes focused past us where a herd of impalas was grazing.  Slowly, she stood and crept silently forward.  We held our breaths, waiting for a kill.  But the impalas must have had a warning and moved on.  The lionesses relaxed and led the pride on to follow the herd beyond our vision.  It is those moments that need to be preserved for future generations of lions and viewers. Hopefully, the efforts to save the lions will do just that.

Some photos are courtesy of Gary Kramer, our tour leader and photographer extraordinaire.