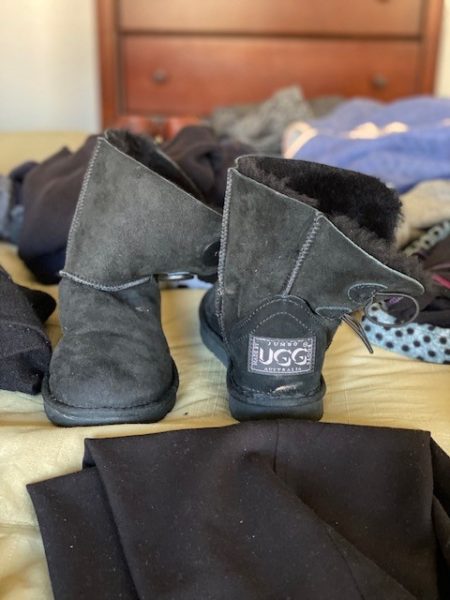 I’ve always wanted to go to the Christmas markets in Europe.  The promotional photos look appropriately cheery with rows of booths filled with handmade toys, clothes, Christmas cake, and hot mulled wine.  Light snow may be falling. Chestnuts roasting on an open fire and Jack Frost nipping at your nose are available experiences.

With travel opening up in late summer and early fall, I approached my traveling girlfriends about going to the Croatian Christmas market, considered one of the best emerging European markets.  The uncertainty of crossing the Atlantic during active COVID season dampened that idea.  But Montreal and Quebec City have Christmas markets modeled on the European ones. Their COVID levels are less than ours.  And they spoke French, giving the experience of a foreign country without leaving our continent.  We were all in.

It’s not easy getting to Quebec City, a small but charming city filled with homes dating from the 1700 and 1800s.  We would have to fly through Montreal or Toronto first and then make our way to Quebec City with all of us scheduled to arrive in the evening of the first day. A townhouse from the late 1800s was booked under AirBnB with Luc as our host, located on Rue Saint Jean next to a patisserie. In addition to locally produced markets, the city hosts a German Christmas market that imports handmade goodies and Bratwurst from overseas. 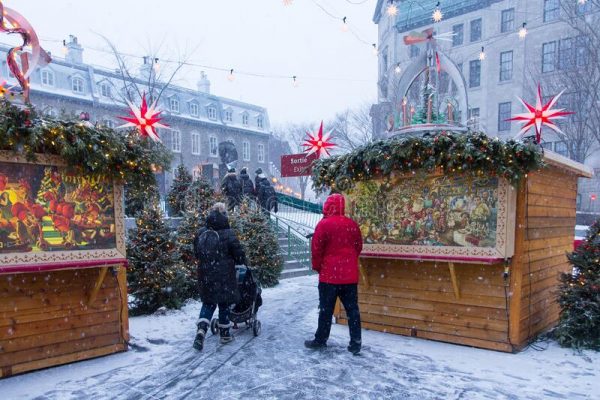 Montreal is more metropolitan but still has five Christmas markets listed in addition to their many leafy neighborhoods filled with boutique stores, organic markets, restaurants, and parks.  During this season, music programs are offered in some beautiful settings, including the full performance of Mozart’s Messiah at the St. Joseph’s Oratory located above Mont Royal park.  That was booked as was the four-hour train ride from Quebec City to Montreal through the beautiful countryside.  We were ready.

Recognizing the continued concern for COVID, Canada requires vaccination and a PCR test 72 hours before entry.  The rapid test is not sufficient.  Information on when your shots were taken have to to be entered on their ArriveCan App.  I discovered our hospital can do a PCR test with results in 15 minutes.  I made an appointment for the test on the Tuesday before our departure date. I also knew masks were required, even at the outdoor Christmas markets.  Canada is serious about containment of the virus.

Then the variant, Omicron, decided to make its appearance.  Originating in South Africa, it had moved up the continent and begun testing the waters of Europe.  Canada had two cases in Toronto and one in Montreal.  Scientists couldn’t confirm whether our vaccines would hold against the new form although they believed they would.  Questions abounded on whether it was a “serious” variant, making people sick, or just a mild case.  Travelers from southern Africa were banned from the United States and Canada.  What would be next?

On our departure date minus three days, I needed more information and called the Tourist Bureau of Montreal, expecting reassurance.  Martine answered the phone with a beautiful French accent, listened to my concern, and sighed.  “I wish I had an answer for you.  We just don’t know what will happen,” she acknowledged.  I told her my concern was not in getting the virus nor in the return into the United States but what might happen in Canada.  Could they close the Christmas markets as some countries in Europe had done already?  Could they still require a 14 day quarantine on our arrival?  She just couldn’t say but did express concern of a possible quarantine which would not be pleasant in a hotel room. She asked if we could get a full refund for our trip. I felt her encouraging us to reconsider.

It was time for a conference call with my traveling buddies. After updating them on my conversation with Martine, my friend from California seemed relieved to have an out.  Her children and husband had already been questioning her on the trip’s safety.  The Oregon friend had just fallen the day before, injuring her tailbone.  She wasn’t looking forward to the long plane rides. And I was tired of worrying about it.  Quickly, the trip was cancelled.  Surprisingly, we got full refunds from the airlines, railroad and AirBnBs.  The tickets to the performance of the Messiah were nonrefundable and we gave them to Martine. Only the open dates on the calendar remained.

I had planned to write this column about Canada’s Christmas Markets and experiencing winter in Canada.  Instead, I’m putting aside those UGG boots, long underwear, and heavy coat. I haven’t given up on the experience and at least it will be an easy trip to plan when we try again.  A’ la prochaine Quebec.

2 Responses to “The Trip Not Taken”