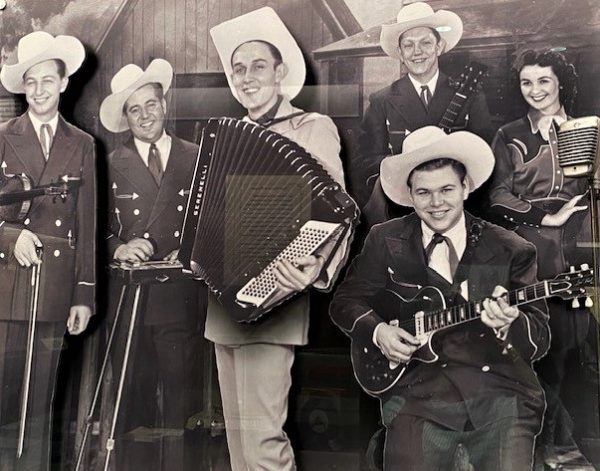 Jimmy Dean and the Texas Wildcats

Small towns are rightfully proud of their people who make it big in the world at large.  Paris’ Coach Stallings’ name is recognized across the country for his Alabama championship teams.  Buddy Holly put Lubbock on the map.  In my hometown of Plainview, Texas it was Jimmy Dean, country music performer, actor, tv host, and sausage entrepreneur. Today a lovely Jimmy Dean Museum on the campus of Wayland Baptist University honors this icon and draws visitors from across the country.

Jimmy Dean came from modest means, growing up in the tiny suburb of Seth Ward, adjacent to Plainview. His mother worked hard after his father left, launching a lifetime desire for Jimmy to take care of her.  He came by his musical talents naturally as both parents were musicians.  His mother taught him piano, his father was a singer/songwriter, and Jimmy taught himself to play the accordion and harmonica.

After serving in the military, he began the band The Texas Wildcats in 1948 who were well known from appearances on the radio in Washington. Because of the success of his most famous song Big Bad John in 1961, he would go on to perform in Carnegie Hall, Hollywood Bowl, the Ed Sullivan Show and become the first country music star to perform in Las Vegas. 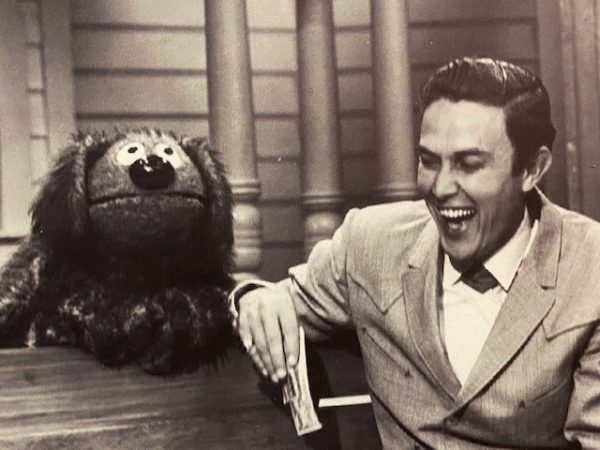 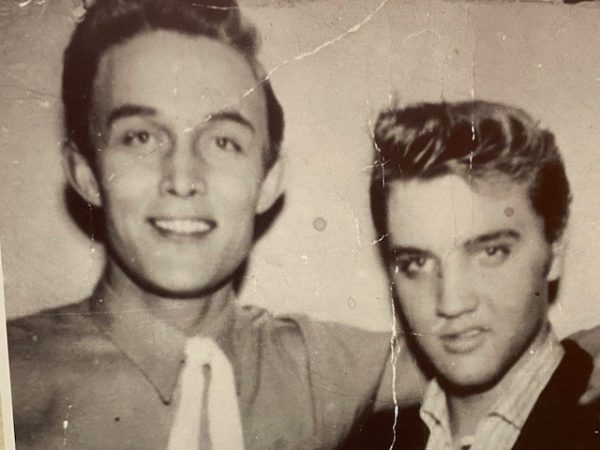 Dean with a young Elvis Pressley

After Jimmy became the first guest host on the Tonight Show, he was given his own morning show on ABC.  It was a surprise hit, thanks to Dean’s easy going country boy approach to interviews. A favorite feature of the show was the interaction between Dean and the early appearance of the Muppet Rowlf, along with Jim Henson.  Through his career, Dean appeared with an array of famous people – from Elvis Pressley to Kate Smith, Pearl Bailey, Bing Crosby, Whitey Ford, three U.S. Presidents and even Woody Allen. The museum provides wonderful photos of these encounters as well as information on Dean’s later acting career.

Younger Americans may only recognize the name of Jimmy Dean because of his sausage company.  The decision to sell a quality sausage launched the construction of a large processing plant in Plainview and supported many local pig farmers.  The history of this popular product that was began in 1969 is in the museum and covers the parting of the ways when the company was sold to Sara Lee Corporation in 1984.

One of my favorite parts to the museum was Jimmy’s folksy quotes for which he was known.  Many were casually filled with mild expletives, but some were gentler. “Will Rogers was once quoted as saying he had never met a man he didn’t like and I can truthfully say I never met an audience I didn’t like.” “It’s nice to be important but more important to be nice.”  “Grin once in a while. It’s good for you.” And my favorite, “There’s hardly anything that cannot be accomplished if it doesn’t matter who gets the credit.” 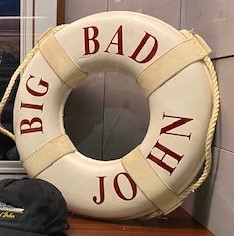 A side benefit to having the museum in Plainview is the large number of residents who still have Jimmy Dean stories to share.  I heard from those who had their hair cut by Jimmy’s mother or who played the same piano at the Seth Ward Baptist church where Jimmy attended.  Many tell of his brother, Don Dean, who delivered milk in homes.  On occasion, Jimmy joined him on the milk rounds even after he became famous.  Former workers at the Jimmy Dean Plant called him polite and encouraging.  Jimmy once agreed to greet a soldier fighting in Vietnam when his brother asked him to say a few words into a cassette recorder. And some remember when Jimmy built a new house for his mother even though she just wanted a new linoleum floor.

The final decision to locate the Jimmy Dean Museum in Plainview came after his death when his widow, Donna Dean, recognized his hometown was more appropriate than in Virginia where they lived.  Jimmy had always kept in touch with Plainview residents with frequent visits and had been honored on several occasions. Reflecting his heart for kids, Jimmy gave $1 million to Wayland for scholarships.

The Museum is well displayed, filled with memorabilia from his career, and is adjacent to the Llano Estacado Museum that tells the history of the area, including the other famous Plainview product – the Plainview Paleoindian projectile points dating from 10,000 BCE.  If you like West Texas music, the museum is sponsoring the first annual Jimmy Dean Music Festival on September 4th. Jimmy Dean Music Festival

After visiting the museum, you can check out the Jimmy Dean Dorm on the Wayland Campus or the granite plaque on the Walk of Fame downtown.  And don’t forget to talk to some folks.  You just might get more stories.

One Response to “Jimmy Dean Museum – Remembering a Local Star”