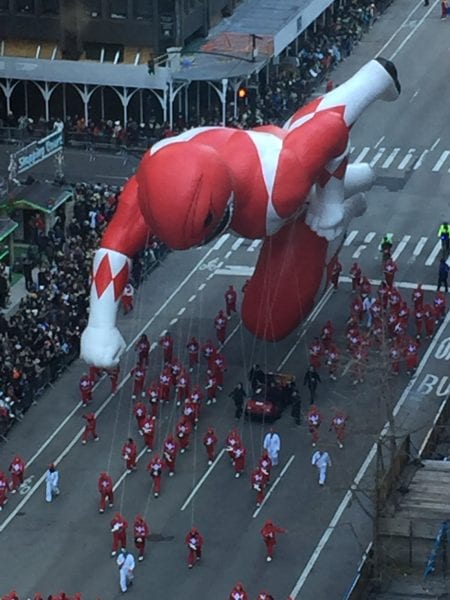 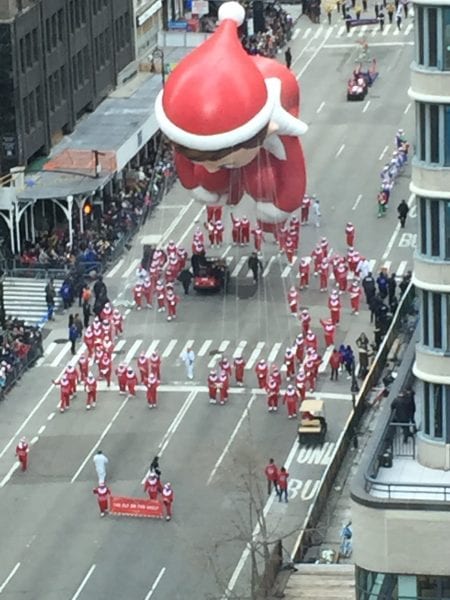 End of Thanksgiving Parade in NYC 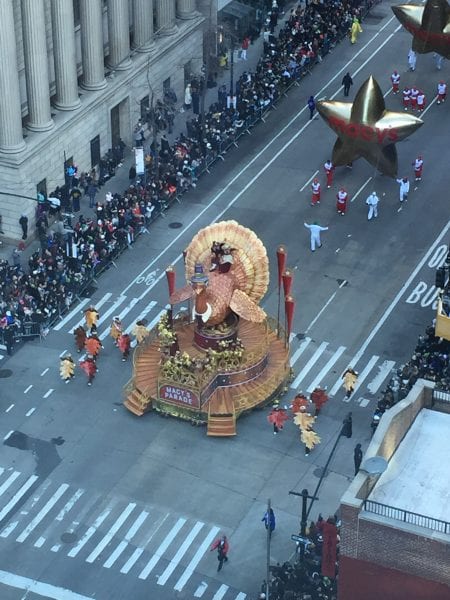 Beginning of Thanksgiving Parade in NYC 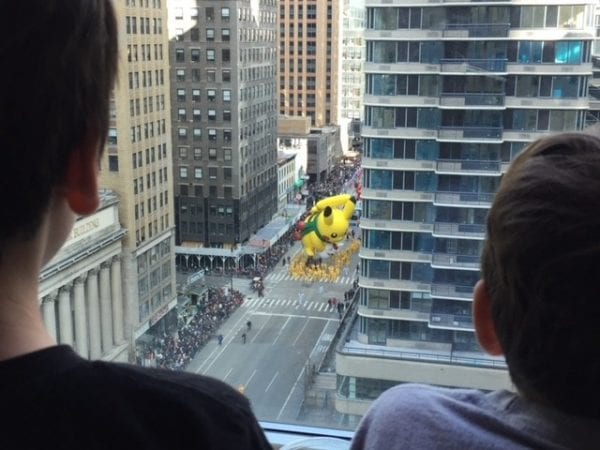 Watching the Thanksgiving Parade in NYC

It’s hard to believe that just a year ago, my daughter, her family, my husband and I were in New York City for the Thanksgiving holiday, worrying only about catching a cab or where to have breakfast before our visit to the Metropolitan Museum. Crowds were expected and we learned how to weave through them even after the Rockettes Christmas show let out.  I didn’t love the closeness of so many people but checked it off as an authentic NYC experience.  Today, I would give anything to feel safe in such a street scene. 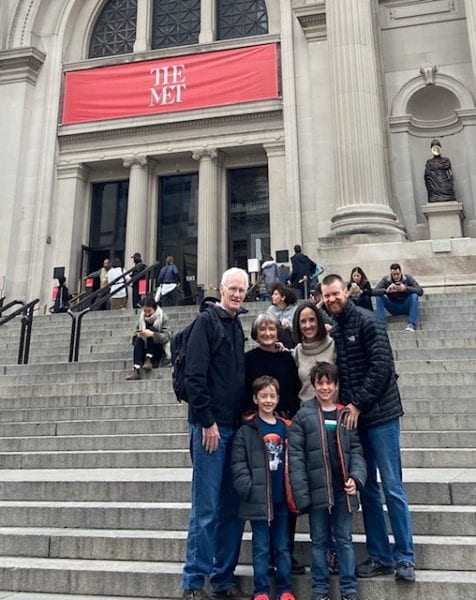 In front of the Metropolitan Museum of Art NYC

I do love NYC, having visited many times, primarily because of a sister-in-law who lived on East 52nd and freely offered her pull-out couch to us. Our children had taken turns staying with their aunt when they were 10 and had the same great memories of Central Park, Broadway plays, climbing the Statue of Liberty, and eating in the Deli around the corner.  Our daughter wanted her children to have those same experiences and so the Thanksgiving trip was placed on the calendar.

First up was the Macy’s Thanksgiving parade, more exciting in person. Our view was from a side window in our hotel room ten stories up.  That morning we had exchanged pleasantries with other guests in the coffee room downstairs who were from all over the country, brought together by a singular 96-year-old event.  From on high we could see what was not shown on TV as a line of policemen walked the route ahead of the parade to clear the path. 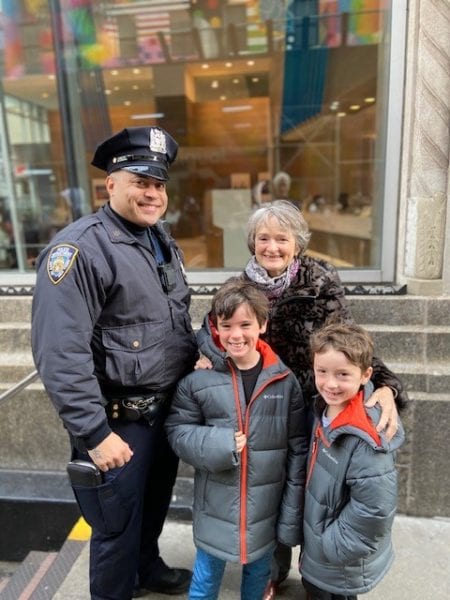 Clowns did donuts in the streets in their tiny cars.  Jugglers on stilts entertained.  We heard the beginning of the parade before we could see it – a roar from the crowd as it approached.  By keeping the TV on, we knew which stars and performers were passing by.  Occasionally a float or band would pause and perform.  And the big balloons floating just below us thrilled all.  Our only worry was the strong wind.

The scene after the parade reflected the true size of the crowd.  We walked to the nearby Empire State Building and held hands to stay together.  At my eye level, only backs could be seen.  I trusted my tall husband to navigate forward.  The river of people quickly passed by as we exited at the building’s entrance and were swooped into the lobby, relieved to have some space. 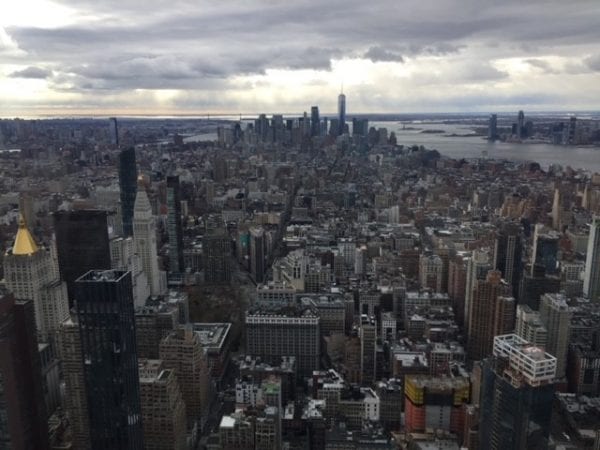 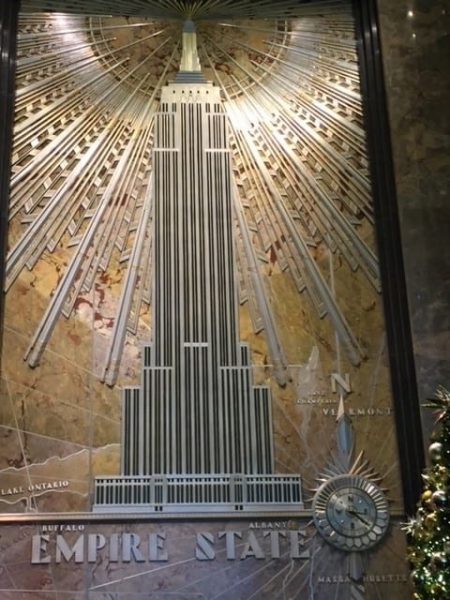 r that afternoon, I felt compelled to go to Macy’s because, well, because it was Thanksgiving and I wanted to have that experience.  Again, the numbers of patrons in the aisles was staggering – young women 4 or 5 deep trying to buy purses that were on sale.  At the top of the escalators Macy employees pulled patrons forward so they would not get run over by the persons behind them.  I didn’t even think about buying something, not even the Macy’s Christmas ornament. 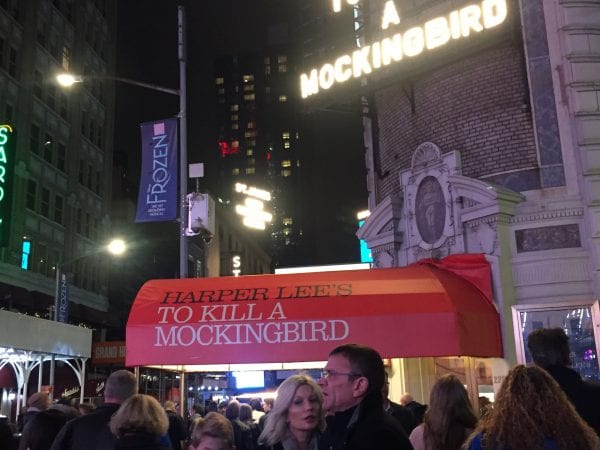 To Kill A Mockingbird

Excepting the parade crowd and Black Friday’s shopping hordes, NYC was surprisingly explorable.  Ice skating at Bryant Parks introduced our grandsons to the iced rink with only the help of their parents who were uneven themselves.  We each had one Broadway play experience – ours being “To Kill a Mockingbird” with Ed Harris.  Thanksgiving dinner was at a small French restaurant.  On one of our days, my husband and I rode the subways with grandkids, explored the Natural History Museum, ate pizza at a traditional Italian restaurant, and caught one of the five Christmas Rockette performances that day.  The grands learned to hail cabs and how to start conversations with the drivers.  By evening, all were tired and content to play cards in the hotel room. 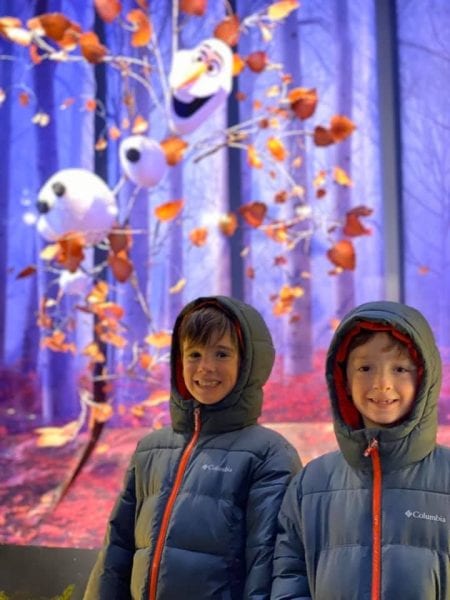 Today, the scene in NYC is dramatically different.  Restaurants are closed or are limited to 25% capacity, Broadway shows are postponed for at least another year and riding subways is riskier because of the possible virus exposure.  Tickets for the Rockette show that I enjoyed more than I expected, are for the year 2021. The Macy parade will be virtual for most people. Parade participants have been reduced by 75%, the bands’ invitations extended for a year, parade route shortened and all performances only in front of Macy’s flagship store. Tickets are still available at the Empire State Building and Metropolitan Museum of Art, but visitors are warned they have to quarantine for 14 days if they arrived from a restricted state such as Texas.  Hopefully, the stunning Christmas store windows will still be available for viewing.

It is strange to be nostalgic for crowds, or at least to not worry about catching a fatal virus from the surrounding humanity.  But NYC without the lively throngs is not the NYC we all love.  I know they will be back.  A vaccine will become available. Events will open up. Sidewalks will fill.  And I will never complain about crowds again.

One Response to “Thanksgiving in New York City – Then and Now”