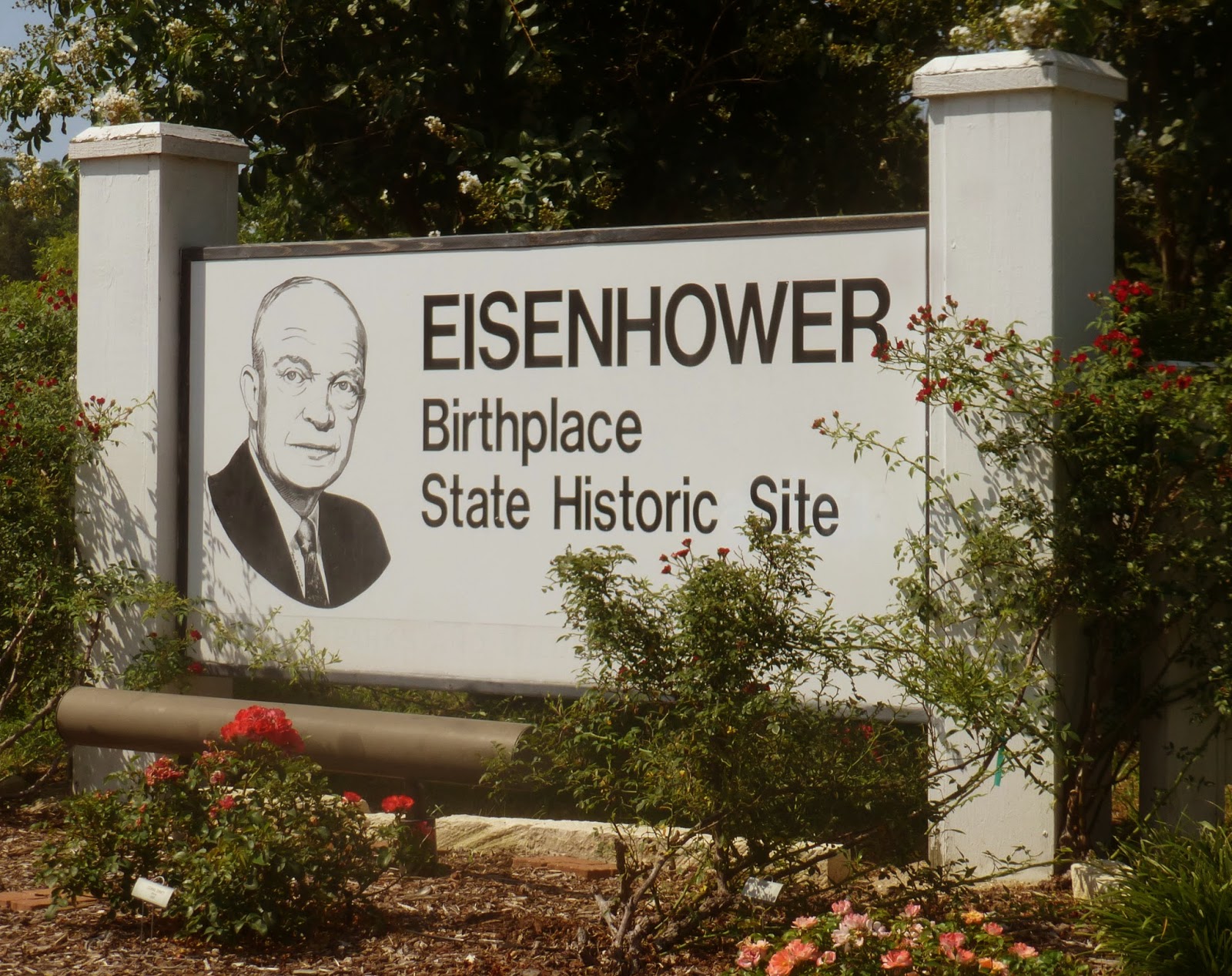 Denison, Texas began as a company town built by the Missouri, Kansas and Texas Railroad (called the KATY), the first railroad into Texas.  At its height, half of Denison worked for the KATY, including David Eisenhower from 1889-1892.  In a small white clapboard house across the road from a railroad tract, the family’s third son, Dwight D. Eisenhower, was born in 1890.  President Eisenhower’s birth details may have been lost since all births were at home and Denison had no hospital.  As late as his application to West Point, Dwight thought he was born in Tyler.  However, Principal Jennie Jackson remembered the Eisenhower family and contacted him when he became famous.

Then General Eisenhower visited his birthplace in 1948, just after the home was purchased by Denison to be preserved.  It is now a State Historic Site that offers a short tour of the house (he only lived there 18 months). A bronze life size statue of General Eisenhower stands on the grounds with him dressed in his personally designed short Eisenhower jacket.  Oklahoma artist Robert Dean created five statues of the president and Denison was lucky to get one of them. The statue was dedicated on the 50th anniversary of D-Day in Normandy, France.  Eisenhower Birthplace 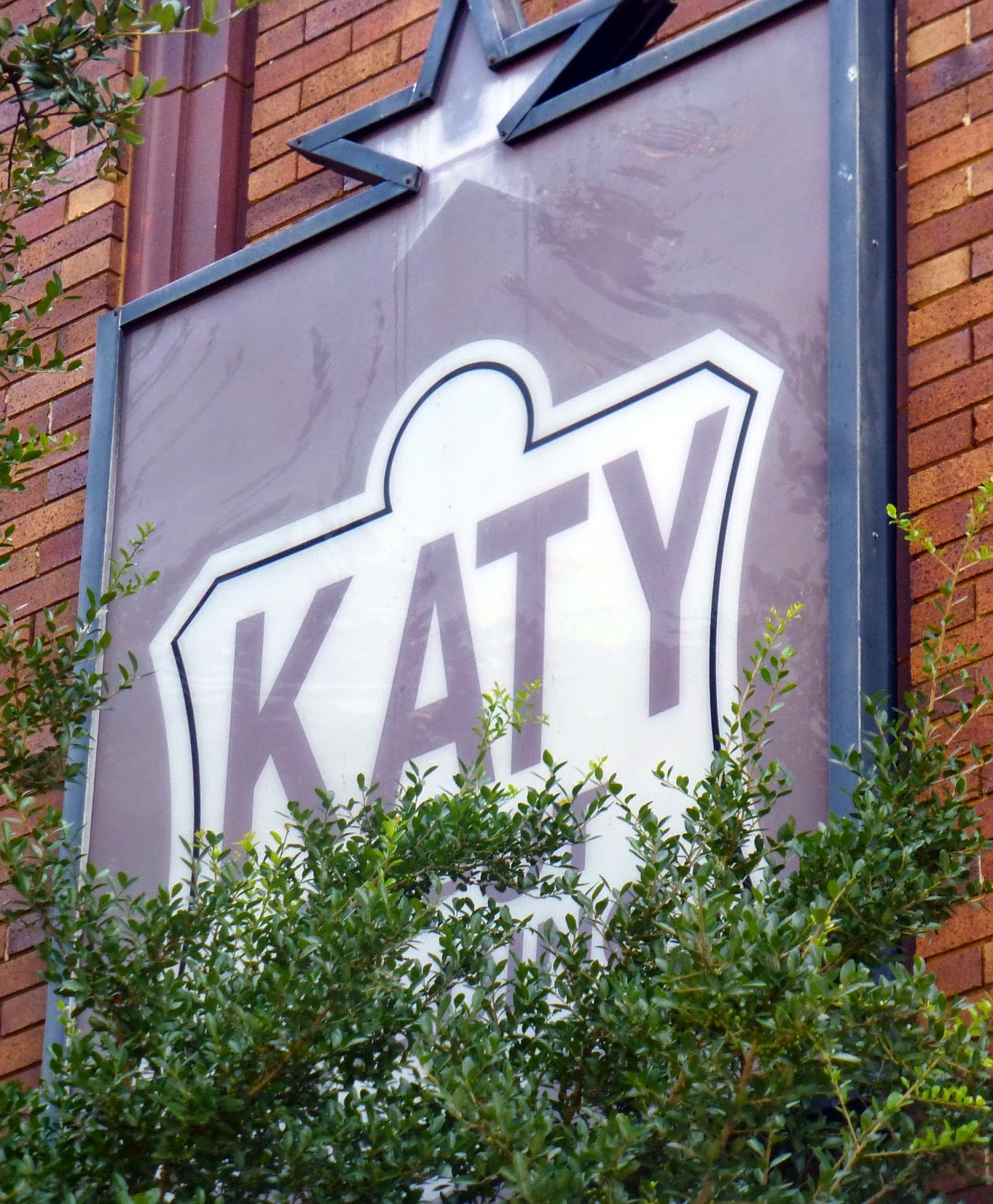 Denison’s downtown is surprisingly long and large with the train station anchoring the east side.  This is the third station on the site and includes a wedding venue in the former waiting room and a railroad museum.  There we learned Union Pacific bought the KATY railroad and still runs freight trains through the town.  However, the railroad yard now lies west of town and is a busy place.

A surprising number of art galleries and antique stores line Main Street with a proposed Studebaker Museum in the works.  My favorite store was Kaboodles, opened two years ago by Cindy Dickson.  The store includes creative and unique repurposed items by local artists and even carries leather purses made by Brad Berrentine, a resident of Pattonville.  Kaboodles Facebook Page 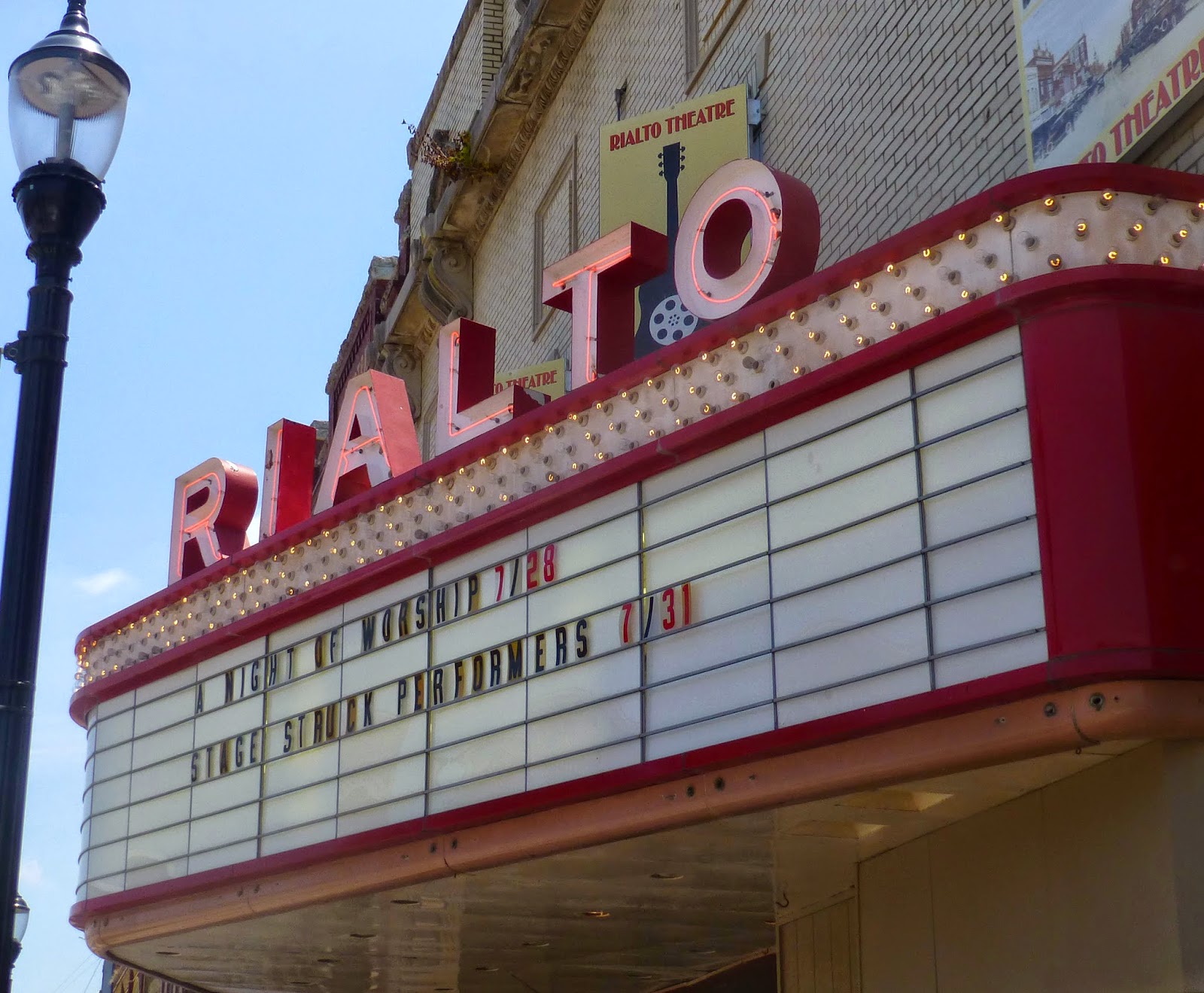 After lunch at Café Java’s (also known as CJ’s), we walked past the old Rialto theatre.  As we peered through the glass doors, new owner Rich Vann waved us in. He has replaced the sound system, brought in a large screen, and is ready for nightly live shows, movies, or even football games.  His opening event on August 23rd is a Stevie Wonder impersonator.  “We aren’t promising anything.  We’re just going to do it,” he tells us.  All those living in the downtown lofts are going to appreciate this venue. Rialto Facebook Page

Continuing to capitalize on the brief Eisenhower connection, the city boasts of nearby Eisenhower State Park on Lake Texoma.  This is a large park with many camping spots, screened in cabins and some serious marinas, including the Eisenhower Yacht Club.  An employee acknowledged there is no club nor club house and the name is just a fancy way to describe the marina.  Pontoon boats are available for hire and we particularly liked the small swimming beach.  We were sorry not to have brought swim suits to enjoy the clear, cool waters.
Eisenhower State Park

Further around the lake we found the Compass Rose – an exact replica of a wooden, tall sailing, brigantine privateer boat from the 1860s.   It was undergoing repairs as we approached.  A young man introduced himself as Mark Nagel.  “I’m the quartermaster,” he said.  Captain Ron Odom soon approached and shared the history of his boat.  She was built in 1968, has traveled around the world twice and is one of only 145 remaining privateers in the world, few of which are still sailing.  Since their purchase, Captain Ron and his wife, Tamie, have refigured the sails into a square rig which allows the boat to turn in any direction, picking up the wind on the lake.  They’ve replaced just about everything, furnished it with period pieces and covered the hull with fiber glass to protect it from growth in the lake.

This nautical life is especially surprising for Ron who lived 52 years on a cattle ranch in West Texas.  After spending summers sailing in the Caribbean and owning a series of Hunter boats, Ron and Tamie are finally living their dream.   The Odoms have made the ship available for tours (1st and 3rdSaturdays) and sails.  All of the crew work as volunteers except a required 100 ton captain.  Passengers are treated to pirates in authentic costumes, complete with an ex-marine who climbs the mast and rigging.    Check their website for sailing times, including their full moon events.
Compass Rose Website
Denison has an eclectic assortment of history, art, recreation, and entertainment for visitors – certainly enough to fill a day or weekend.  Since it’s just an hour down the road, more in Paris should take advantage – unless pirates make you nervous.