The travel day had already been long – early morning wake-up call, two hour drive to the airport, parking, check-in, security review, first flight out, lost in a new airport, and now, finally, the second and last flight from Mexico City to Oaxaca.  American Airlines brought us to Mexico City and bankrupt Mexicana was to carry us to our destination.  I walked into its clean, new airplane and immediately relaxed as classical music played overhead and wondered why other airlines didn=t use Mozart to calm passengers.  But then all international airlines have their own personalities.

Fly any of the Asian Airlines and the attendants will take you back in time when Astewardesses@ had to be of a certain height, weight, age, and appearance.  At Los Angeles Airport, I watched a crew of Singapore Airline attendants pass – bright smiles, hair drawn up, hats precisely tilted, and dressed in tight skirts, draped scarves, belted waists, and high heels.  All heads turned to watch this perfectly coiffed cast pass effortlessly through security.  I wanted to be on their flight.
On a Cathay Pacific flight to Hong Kong, lovely attendants treated our general class cabin as if we were in first class.  The array of food choices was staggering – American, Asian, Indian, vegetarian, egg free, dairy free, kosher.  Soft voices whispered in my ear to determine if I were awake enough to want a snack or breakfast.  Warm damp towels freshened my face.  And bathrooms were kept spotless throughout the long flight.
My experience with Egypt Airlines from New York to Cairo was in sharp contrast to the Asian ones.  Only male attendants dressed in blue and gold suits served us, and men being men, the bathrooms needed far more attention from the staff than they got. No alcohol was allowed because of its prohibition in Islam. That didn=t stop the loud visiting among passengers. Egyptians are, in general, a happy bunch and even some of the attendants joined in the bantering that crossed rows and aisles. I sat next to a couple who, judging by their tete-a-tete murmurings, were newly married.  They weren’t and acknowledged just enjoying time together before meeting their large family in Cairo. The husband wanted to know where my husband was.
Alitalia Airlines has been in and out of bankruptcy for years, with a lousy on time record. On a trip to Italy and Tunisia though, it had the best schedule and prices.  The airline makes up for their often late arrivals with an open bar at the back of the plane – literally open bottles of wine that passengers pour themselves.  That made the rear of our plane the place to solve world problems which several travelers tried to do all night.   Turkish Airlines was all business but its low cost competitor, Pegasus, reminded me of the early days of Southwest Airlines, when flight attendants often joked around and gently teased travelers.  Pegasus’ obligatory safety film was made with children giving instructions – so amusing that everyone actually watched.
I had long been intrigued by El Al, Israel’s closely guarded airline, and finally got to try their services en route to Tel Aviv.  At Newark Airport, each passenger was separately interrogated.  My questions included where I was staying, who I was visiting, name of my landlady, had I ever been to the Middle East, why are you going to Israel, to Jordan?  On board, Hebrew dominated and passengers included bearded rabbis, large Hasidem families, a teenage girl in braces who bobbed her head in prayer through the night, and a handsome, teasing flight attendant.  Humus was standard as was the wonderful Middle Eastern breakfast salad with seeds and nuts. 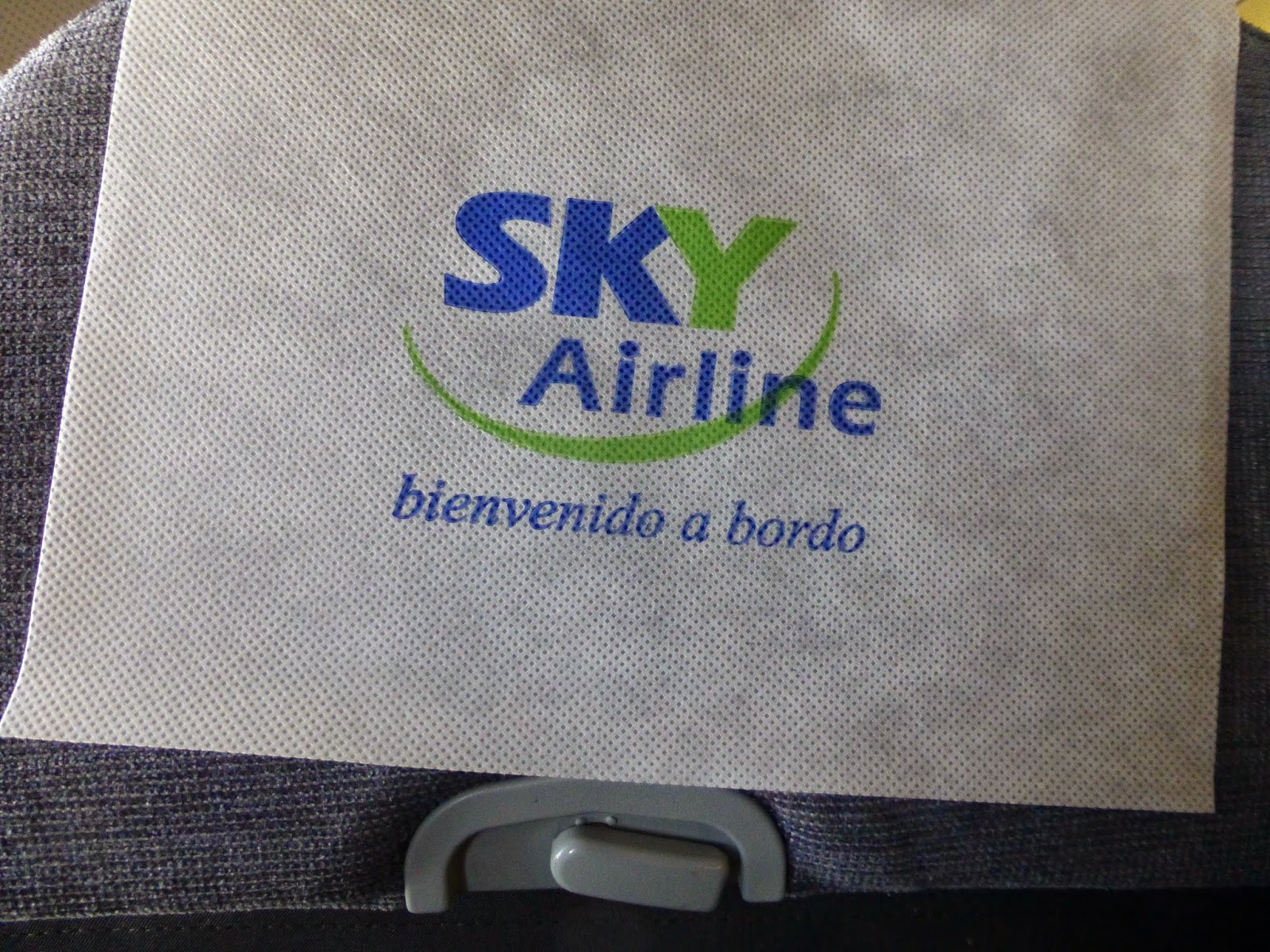 In using international airlines, it’s been a surprise to be served meals and local products, even on short flights.  On an hour and a half flight from Hong Kong to Hanoi, we were given a hot lunch on Vietnam Airlines.  An even shorter flight from Santiago to Puerto Montt, Chile was enough to be offered cold cuts on Sky Airways, a start-up Chilean airline. On a 50 minute puddle jumper with Tunisair from Tunis, Tunisia, to Palermo, Italy, a sole attendant was able to distribute sweet snacks and hard candy. With its mostly male attendants, Quantas Airlines made available Australian wine and beer as well as Australian movies such as “There’s nothing I’d rather be than an Aborigine.” Swiss Air served the best milk chocolate candy ever and Dutch KLM promoted its dairy products, including Gouda and Edom cheese.

In these days of tedious air travel, concentrating on the novelties of an airline helps pass the time.  The differences are there, just waiting to be noticed. And for those who prefer a taste of home, Coca Cola is always available – always.