Pop quiz – Where does Rockwall, Texas get its name? I felt  foolish after learning the answer.  Rockwall is named after the rock wall discovered in the 1850’s  – just about the time the community was formed.   At five miles long, it comes with its own controversy – is it a geological formation or the work of a lost civilization?  History 2 Channel will try to answer that in a November program called “America Unearthed.”   Regardless of the answer,  Rockwall is a surprisingly pleasant week-end getaway spot.

Rockwall is old for Texas, platted in 1854, ten years after Paris.    It was a stop on the National Road of the Republic of Texas that  brought early settlers to Dallas after crossing the Red River near Clarksville.  Rockwall stayed viable with agriculture and later, the railroad, until Dallas’ economy took off in the 1900s and left the town behind.

More recent history explains how a sleepy, little Texas town  (11,000 residents in 1990 ) grew 400 per cent in 20 years  to become one of the wealthiest in the state (median household income in 2012 $77,500 compared to $49,000 for Texas).  Two decisions changed the community’s trajectory.  In 1969, construction of Lake Ray Hubbard, bisected by the recently completed I-30,  turned Rockwall into a lake town.  Dallas just had to grow  enough for Rockwall to scoop up commuters.  And in 2003, local government entities  and developers, Sara and Rob Whittle, signed on to a vision of the Harbor.  The City committed lake front park space, the County gave tax incentives and the Whittles built a lakeside Hilton Hotel in 2008.  New stores and restaurants followed along the boardwalk.  Summer concerts and a sunset harbor cruise appeared.  It would be easy to just hang around the lake but there’s more downtown.

I met Bethany Browning for coffee at The Life House  Bakery, north of the  Rockwall square.  Bethany was Main Street Coordinator in Paris before landing the same position with Rockwall.  She lives ten minutes from work with her husband, Jason, and their daughter.   They have a lake view from their home and can confirm the town’s motto – a small town feeling with big city amenities.  She confesses to making a “run” on the box stores along I-30 every week or two but her heart is with Main Street. 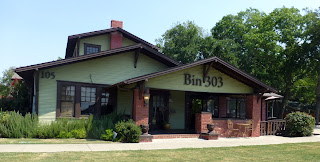 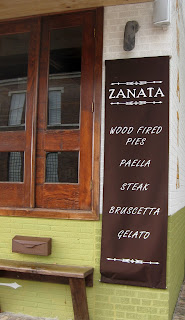 Truthfully, downtown Rockwall does not have the “bones” to build on that Paris does.  It was a poor relation compared to Paris in earlier years.  But what Rockwall lacks in historical buildings, it makes up with money.  An $8.5 million bond issue passed recently to renovate downtown.  Sidewalks will be replaced, seating walls built, a pedestrian street developed, and parking lots brought close. Three solid restaurants already stand on or near the square – Bin 303, Zanata’s and The Fatted Calf (which has a wonderful Sunday Brunch).  New stores are opening.  In visiting with employees, waitresses, and owners, all love being downtown and in Rockwall.  The designer at Expressions Home Decor increased her walk-in traffic significantly since her move to the center of town.   A waitress at Bin 303 confessed she never crosses the lake as everything she needs is close-by.  At Enjoy, a kitchen store, the salesperson had only recently relocated to Rockwall from Dallas and hoped never to return.

With an average age of 36 (you read that right), that population’s interests are emphasized.  The City has miles of trails built by the city and required of  developers.   An unusually large Home Brewer Association provides beer tasting at events.  Two heavily used disc golf courses are available.  The San Martino Winery hosts live music events weekly.    And, of course, the lake fills with boats of all kinds on week-ends.

Bethany realizes much is happening in Rockwall.  An e-mail that day named eight new restaurants coming to town, including  Mellow Mushroom, Fuddrucker, Dunkin Donuts and The Londoner.   With growth, comes traffic and Rockwall has this in spades.  I-30 speaks for itself but the numbers of trucks and cars passing alongside downtown was also notable.  The city and county are small and are quickly being filled in meaning the presence of road construction is constant.   But when faced with rising student population, the Rockwall school district chose to build a second 4-A high school rather than offer one huge 5-A school – another attempt to keep a small town feel to the community.

Rockwall is an easy drive from Paris with big city restaurants, hotel, waterfront, trails and shopping. If you are there on a week-day, don’t miss the new beautiful, cathedral like Rockwall County Courthouse with its state of the art electronics and a touching veterans memorial next door.  And Bethany let me in on a little known route.    When returning to Paris, try driving north on 205 to Farmersville and then take Highway 78 to 82.    You’re quickly out of developments and into rolling hills – a lovely drive back home after your stay in Rockwall.  It’s worth the extra time, she promises. 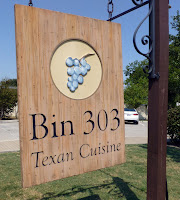