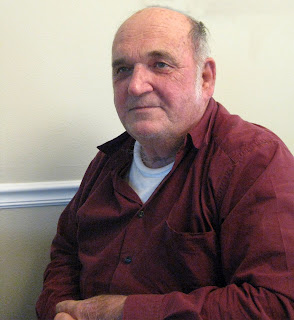 This is part of a series of occasional articles about individuals who have traveled to Lamar County to live.


Paul Bayer’s journey to Paris began as World War II wound down in Eastern Europe and with a  grandmother who saved his life more than once.  Paul was born on November 2, 1941 into an upper crust family who owned 100 acres of land in what was then St Georgen, Serbia.  Germans had settled in this area after the break- up of the  Ottoman Empire 200 years before.  With high producing farms, it was a tidy, industrious enclave of what would later become Yugoslavia.  When WWII started, Paul’s father was conscripted into the German army. But the family’s real travails began as the war ended and  Yugoslav guerillas arrived and began moving German speaking citizens around.


In 1945, Paul’s mother was sent to a work camp on the Romanian border.  She did not to see her parents or children for three years.  Their farm was given to a Slavik family.   Paul and his sisters were placed in a concentration camp of 28,000 where his maternal grandmother, Anna Nothof,  used her Red Cross training to treat the sick.   Thin soup and bread barely kept them alive.  Cow dung was searched for undigested corn kernels to clean, grind and eat.  Kept in the basement at night, the children’s shirts were inspected each morning for lice.  When Paul and his sister came down with diphtheria, his grandmother was able to obtain the toxin injection to save them.  Paul also survived typhus.  But in the first winter, his paternal grandmother died of starvation as did his great grandmother and one-third of the camp.


When packages from relatives in America were cut off in 1947, Anna realized she and her husband would have to escape with their seven grandchildren in order to survive.  After bribing a sentry guard, they set out on September 12th at 2:00 AM  to walk to the Hungarian border, about 50 miles away.


The journey took two months and three days.  They were caught twice and returned to camps.   While on the run, Paul remembers sitting inside corn sheaves during the day and being admonished to be quiet while it was light.   His grandmother cut pieces of corn stalk for the kids to suck out moisture.  Like a mother bird, she would also chew hard food until it was soft and feed it to the children.


They survived by the kindness of strangers as Anna knocked on doors at night and begged for food.  Finally, in Linz, Austria, they were reunited with Paul’s parents.  Because of malnutrition, Paul had no hair and his head was painted with iodine, causing the new hair to be red.  The family lived in a dance hall’s washroom for men before immigrating to Canada in 1950.  Paul was nine years old.


In Canada, the Bayer family first hired out to work on a tobacco farm but gradually accumulated a thousand acres and 10,000 hogs in Kitchener, Ontario, a town with a long German history.  Paul married Elizabeth Bayer and they had four children.  But the snow depressed him and the farming regulations were stifling.


When a realtor named Kenn Justice came up north with stories of $1,000 an acre land in Texas,  Paul was interested as were thirteen other Canadians. They looked at Vinita, OK, Dalhart and Paris and he chose Lamar County.  In 1983,  the year the Bayer family moved to Paris, temperatures were below freezing for 13 straight days.  After years of Canadian winters, Paul wore short sleeves and was amused at our discomfort.


Paul and his family prospered in Texas even if the promised two crops didn’t materialize.  He serves on the Farm Bureau board and has become accustomed to our more laid back approach.  “ What’s the advantage of being the richest man in the graveyard,” he quips.


Paul Bayer’s story is unusual for our town.  He survived a concentration camp because of his grandmother’s resourcefulness and determination, journeyed across two continents and an ocean , and finally hung up his hat in Lamar County.   He can appreciate our quiet, peaceful life more than most and can help us all do the same.