It had been 45 years since I last saw Ahmet Yilmaz.  We shared a year at Plainview High School in 1965-66 when he arrived as an exchange student from Turkey.  Ahmet was placed through the American Field Service, originally a program for ambulance drivers in World War I that morphed into a student exchange.  In his year, 1500 students from around the world came to the United States to “connect lives and share cultures”.

Ahmet was selected from 600 students in his high school.  Because of his request for an agricultural community, he landed in Plainview, Texas, a High Plains farming town that knew much more about football and Baptists than soccer and Islam.  With an easy smile and open heart, Ahmet embraced all that was good about Texas – its people, friendliness, love of beef, and even the cowboy hat.  He was a favorite in our school.   My husband and I were traveling to Turkey and I wanted to find him.

A Google search for Ahmet Yilmaz yielded hundreds of options.  That is, apparently, a very common name.  Only when I added Plainview, Texas to his name did I eventually find  the web site for Ahmet’s wife, Gonul Engin, an accomplished artist.  Soon we were corresponding and planning to meet in Istanbul.

Ahmet arrived at our hotel with a huge smile and hugged us all.  Despite the loss of hair and weight gain,  he still enthusiastically embraced life, just as in high school.  We compared stories while strolling to the er&ne&met Carpet Store where my husband and I were interested in purchasing a Turkish rug.

Upon returning to his homeland, Ahmet spent his career in education and first thought of opening private universities in Turkey as an option to public schools.  He helped establish the Istanbul Culture University where course work is taught in English and he served as its first administrator.

On our day of touring with Ahmet, he filled us with Turkish information.  All state schools, hospitals, and medicine are free.  Private health insurance cost around $3,000 a year and private universities between $5,000 and $10,000.  There are 147 churches, 18 synagogues, and 3000 mosques in Istanbul, a city with a history of religious tolerance.

“If a person is a real Moslem, he could never be a terrorist.  We can’t harm anything,” Ahmet assured us.  Many Turks have Biblical names like Musa for Moses and Isa for Jesus.  All Iman salaries are paid by the government and no charge made for utilities at mosques.  Maintenance is provided by the sale of the carpets which Muslims are required to give once in their lifetimes.  No one “belongs” to a mosque – a Muslim usually just  prays at the nearest one. 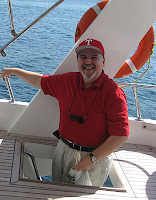 During our yacht ride on the Bosphorus Strait, Ahmet continued his lessons.  One thousand boats pass through these waters every day and the larger ones must have a Turkish pilot.  Nine computer controlled towers give the go ahead for the hundreds of boats awaiting passage as well as direction along the 20 mile waterway.   Turkey had the world’s first car ferry, beginning in 1869.  When the work on an underwater tunnel is completed, one can take the train from Europe to China.

Ahmet recognized some of the problems of modern Turkey.  More than 60% of Turkish men smoke.  Tax reform is badly needed with few companies paying any.  Traffic is always bad and often horrible.  “God knows” is the standard response to a query of  how long it will take to get anywhere.

Turkey is known as a secular Muslim Democracy and touted as a model for the countries experiencing the Arab spring.  Ahmet explained that Ataturk, father of Turkey’s democracy, changed the Turkish mind, creating a nation out of the sick Ottoman Empire.  The Turkish flag has a crescent and a star.  When Allah’s name is written in Arabic, it looks like a crescent moon.  The five points of the star represent the five parts of man – head, two legs and two arms – God and Man together on the flag.

In 1961, President Kennedy addressed the American Field Service exchange students on the White House lawn, telling them he hoped they would return with a favorable impression of our democratic way of life, messy though that was.  He acknowledged them as friends of peace and that they will be the future leaders of their countries.  Clearly, Ahmet has done both – been a friend of the United States and a leader in his country.    By endearing all of Plainview High to its first Muslim student and charming American visitors to Turkey, Ahmet has brought the countries closer. The return on his time in Texas couldn’t get much better than that. 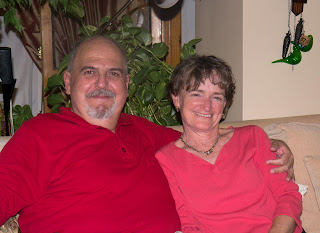 P.S. And a special thanks to Google for making the reunion possible!

One Response to “Decades Later, Connecting With Ahmet Yilmaz, A Turkish Exchange Student”