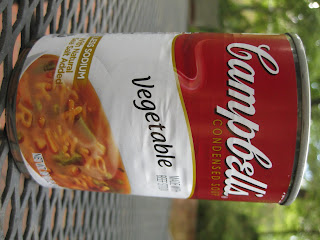 The year was 1964.  My father was a farmer in Plainview, Hale County, Texas and one of the first in the area to grow carrots, potatoes, and onions. He and his brother owned a produce shed that cleaned and bagged  vegetables before shipping.  Campbell Soup Company, the world’s largest maker and marketer of soup,  had just opened a new plant in Paris, Texas.  The company’s buyers came calling and soon Walker Brothers Produce had a contract to sell potatoes and carrots to Campbell Soup (CS).  It was an exciting time in our household.  For these reasons, I was curious how a carrot needed for a can of Campbell’s Vegetable Soup traveled today and what had changed since 1964.

The ingredients for the standard Campbell Soup Vegetable Soup have not varied much since its original production in1899.  Nor surprisingly, carrots, potatoes, corn, onion, and garlic still dominate the recipe.  A gradual lowering of the sodium content has been one nod to the push for a healthier life style. None of the ingredients for this soup come from abroad – a true “Made in America” product.  Carrots from California, Texas and Ohio, potatoes from Colorado, Texas and Kansas and onions from Idaho are examples of the nation wide scope needed to maintain the raw ingredients. 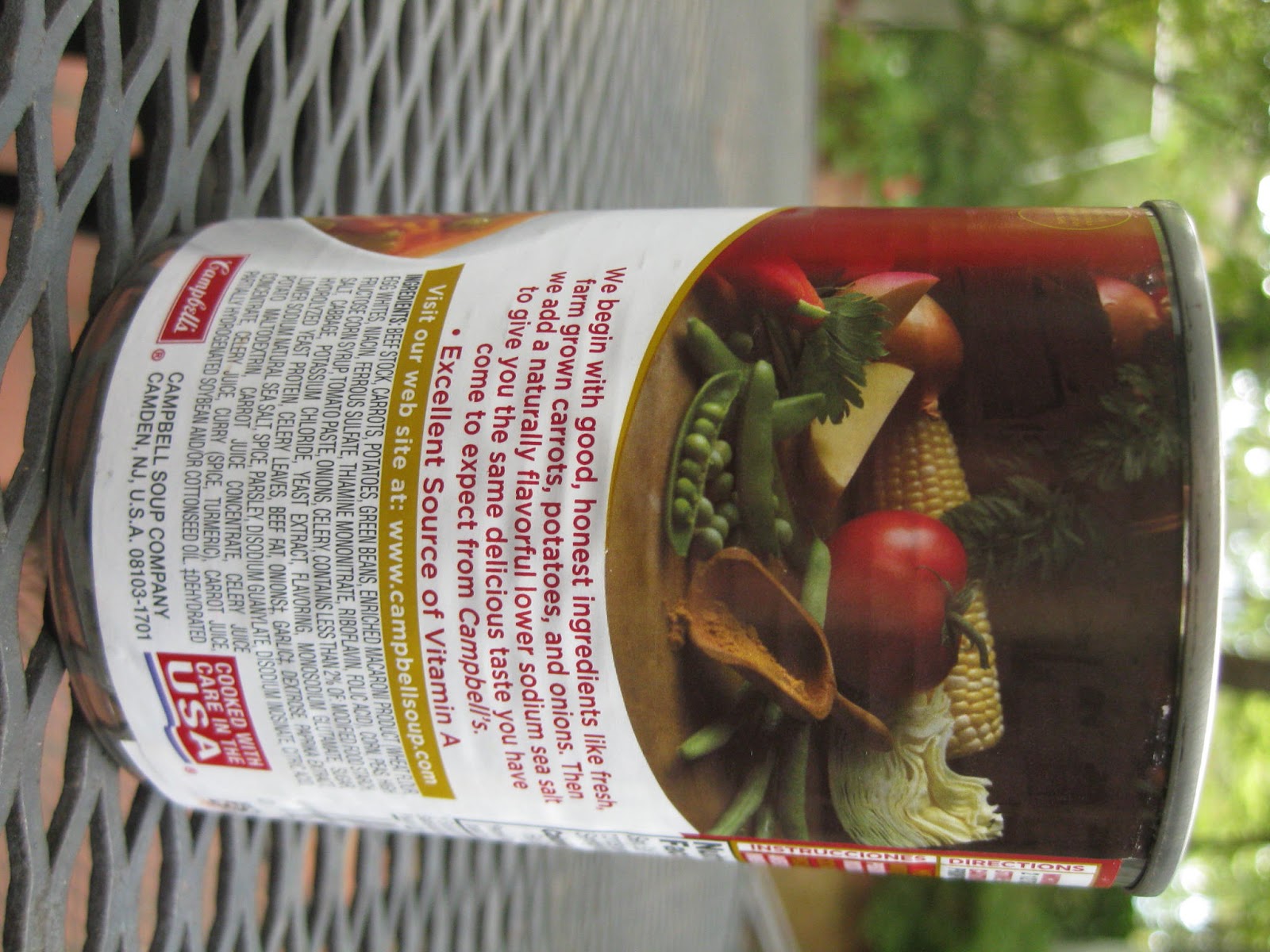 In my father’s time, individual field agents kept track of the progress of a crop.  It was important to them whether it rained on Charlie Walker’s carrots 400 miles away.   Today, buying is more centralized, uses computer quotes and is often completed with larger purchases from huge farmers who can grow, clean, cool, and send the produce.  Frozen and dried vegetables have also become a part of the process.

But there are still some individual carrot growers such as Tommy Jendrusch and Rick Harbison in McAllen, Texas who use their 1400 acres to sell vegetables  to Campbell Soup and Gerber’s. Over the last 20 years, hybrid varieties of carrots have at least doubled the yield and increased the carotene and color.  Their fields now have GPS coordinates and are numbered so that each load of vegetables can be traced to a specific block of land.  The Paris plant likes buying from these Texas farmers as the transportation cost is less and minimizes their carbon footprint.

The contracted carrots from the Rio Grande Valley farm are loaded in bulk onto a refrigerated truck maintained at 35 degrees and shut with a bolt seal to protect the integrity of the load.  The load is shipped to Paris and then quickly unloaded at the plant.  A devise called the “sputnik” crawls into the truck with a conveyor belt that gently pulls in vegetables from the lower part of the truck opening and delivers them to a second conveyor belt to be washed, sorted, and diced.

A giant vat is used to mix the ingredients according to a traditional recipe with modern technology directing the amounts needed.   Computers also monitor quality control as the soup progresses.  Soup is poured into individual cans and cooked.  The cans are made on site by the Silgan Container Company which also reduces transportation costs.  The classic labels made famous by the painter, Andy Warhol,  are last to be added.

The amount of soup made each year is determined by the customer and is called historic numbers.  Campbell’s, obviously, prefers cold winters and as an employee noted, “we’re not fans of global warming”.

A significant change from years past has been the packaging.  The standard pallet contains 170 cases but customers such as Sam’s, Costco’s and other club stores,  ask for and get different numbers of cans under the shrink wrap.

After canning, cooking, and packaging, the soup is ready to ship.  Campbell Soup allows its customers to use their own trucks or trucking companies to transport the soup. Many other manufacturing companies will limit access to  two or three trucking companies.  CS does not sell directly to the grocery stores.  Trucks deliver the pallets to distribution centers.  Our carrots could end up in any of the eleven near-by states served by the Paris plant.  We’re almost exactly in the middle of this territory which minimizes transportation costs for the customers.

In the end, our carrots were well traveled – by truck  from the farm field to produce sheds, the CS plant, distribution centers and grocery stores and by car to your home.  The price of gas has to affect the cost of the soup.  CS plants then must  use technology and efficiency to keep the cost of their soup lower.  This translates into more business and eventually, more jobs.

The basic process of making and transporting soup and its ingredients hasn’t changed that much over the last 46 years.  The trucks are now refrigerated,  bigger, and more efficient.  Technology directs the process today.  Produce is no longer raised on the Texas Panhandle but it still comes from American farms.  I can’t pretend that the carrots in the soup are from our farm but I’m happy to know some American farm children can still  make that claim.