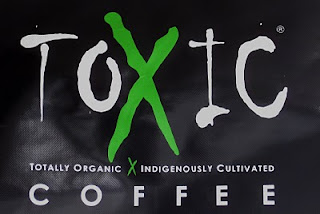 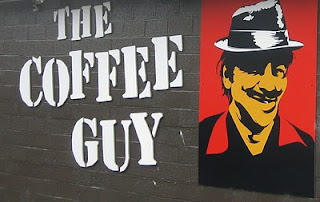 New Zealand is a former British Colony that only separated from the mother country in 1926. The English brought their church, language, left side driving, and tea sipping to this beautiful place. Tearooms dominated the hot drink culture until the arrival of American soldiers and European refugees during World War II when coffee was introduced. Unfortunately, instant coffee ruled until about 30 years ago when the Kiwis decided to get serious about their caffeine. They not only embraced freshly roasted and ground coffee, cappuccinos, and lattes, they also created their own variations. Today, good coffee is available from the largest cities to the smallest hamlets.

My husband and I knew it was serious coffee territory upon arriving at our first hotel. The coffee maker was a French Press – a far cry from the usual Mr. Coffee. The hotel provided a small carton of milk upon check-in. A hot water pot made it easy to prepare fresh, strong coffee in the morning. This pattern continued with almost all of our hotels. 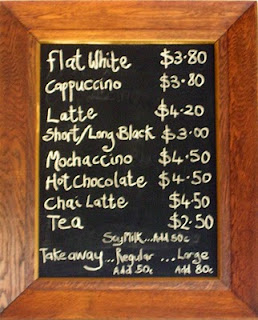 The nicest surprise was the discovery of the Flat White, Long Black, and Short Black – not the most romantic of names but quite descriptive. These drinks are available in Australia and New Zealand and both countries claim their origin. They are the Kiwis’ own variations of the cappuccino, espresso, and Americano.

The Flat White is the most popular coffee drink “down under.” It is made with one shot of espresso in Australia and two in New Zealand. Milk is steamed enough to generate wet microfoam – that wonderful, creamy topping to a good cappuccino. The milk is poured from the bottom of the pitcher into a petite tulip cup followed by a small layer of microfoam. It has less milk than a latte, less foam than a cappuccino and is strong but not uncomfortably so. I loved it immediately.

A Long Black reverses the preparation of an Americano. Water is steamed and poured into the coffee cup. Two shots of espresso are then poured over the water, thus preserving the “crema” or foam. If you must have dairy, a very small pitcher of steamed milk will be served to the side. The Short Black is really a South Pacific name for a shot of espresso. These drinks so dominate New Zealand that the local Starbucks and McDonalds have added them to their menu. 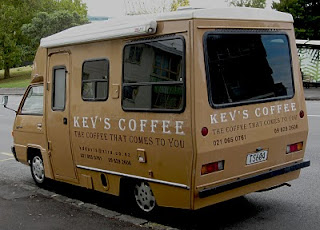 It’s hard to describe the importance of coffee in New Zealand. Every small town has at least one coffee house and often more. With no significant local coffee chains, most coffee places are individually owned and operated. Full of Beans, Express Yourself, The Grind, Coffee Break, Divan Coffee name some of the smaller coffee shops. New Zealand’s barristas have placed in the top ten at the world’s barrista competition since 2002. And for the visiting coffee lovers, a web site, Zest, offers a guide to the top cafes and an explanation of New Zealand coffee terminology.

Kiwis are happy to talk about coffee. My van driver to Akaroa on the South Island discovered fresh ground coffee through a boyfriend’s influence and was quite aware of the difference a good barrista can make in the preparation of drinks. She even knew low fat milk frothed as well as or better than that of whole milk. During a phone inquiry, the owner of a kayaking operation in Okaria, a tiny spot on the Tasman Sea, boasted of his kayaks and great coffee. He was right on both counts. And in Nelson, an artist first shared valuable information on the history of coffee houses in New Zealand and the location of the best coffee roasters before he talked about his art. 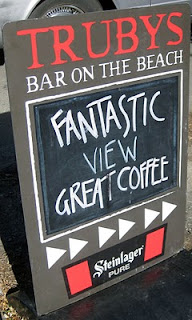 Coffee is promoted even outside traditional coffee houses. A sign advertising ‘Trudy’s Bar On the Beach’ in Akaroa touted the following – “Fantastic View – Great Coffee.” Only in New Zealand would a waterfront bar boast of coffee rather than its alcoholic drinks. At Kudos Food Design, a catering company in Nelson, their portable advertising sign stated “Yes, we do catering. But… we also do great coffee to go.”

As with any novel drink, the Flat White and its cousins have circled the globe and are now available in Great Britain where many Kiwis and Aussies ex-pats live. In fact, Britons themselves are discovering the new coffee variations. The English company Costa Coffee reports a 9.5% increase in sales since the recent introduction of the Flat White. New York also now has a few coffee houses which can supply their local Antipodeans. Hopefully, it won’t be long before we all will have these new wonderful coffee options – without the need of fifteen hours of flying time.