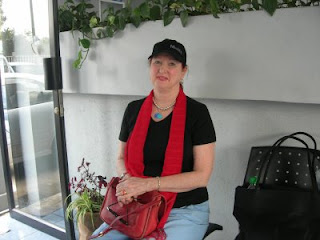 Terry is not my aunt. She is my sister-in-law. But we often travel together. “I’m the tia” she would say to everyone. “Tia”, aunt in both Spanish and Italian, could be understood in Italy, Spain, and Central America where she visited her nieces and nephew in their education and Peace Corps experiences. Of course, the words preceding “tia” were always in English but each culture seemed to understand her relationship.
An urbanite, she has lived in New York City for over 40 years and worked as a recruiter for one of the city’s most prestigious law firms. Yet Terry was ready whenever I called for a foreign adventure, regardless of whether it was an urban or rural trip. I planned the trip and she provided the greatest company. Fortunately, our nieces and my son lived in interesting places such as Florence, Seville, and the campo of Honduras and Guatemala and they were thrilled to have their Aunt Terry visit.
Packing was easy for Terry – just wear black and accessorize with red scarves and layers of jewelry. She once described her traveling wardrobe as being appropriate for an Italian widow. 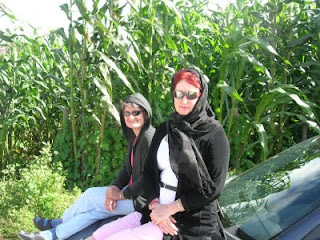 Her hair got redder and more noticeable over the years although she always brought a selection of brightly colored baseball hats to cover the tint if needed. Shawls were preferred to jackets. On a trip to Guatemala, Terry arrived in what appeared to be black ballet slippers. When we expressed concern about the walking we would do, she quickly assured us that she had the shoes resoled and proudly showed off the thin, new rubber soles. Somehow, those shoes were sufficient for climbing hills, crossing lakes, and slogging through the frequent rain. When Terry was wrapped in her black pants and shawl, red scarf, pink baseball cap, big sunglasses and red lipstick, people would literally turn and stare. But she always blamed the stares on the niece or the nephew we were walking with.
Over the years, Terry’s interest in different culinary experiences expanded. If she found a dish she liked, she would order it again and again. She requested Puttanesca spaghetti, ensalada mixta all over Italy. As far as Terry was concerned, Coca Cola went with anything and all fish required ketchup. Fortunately, both Coca Cola and ketchup are universal foods. She described cappucinos as tasting like mud and never drank coffee at all until she discovered the mocha latte with whip cream at Starbucks. 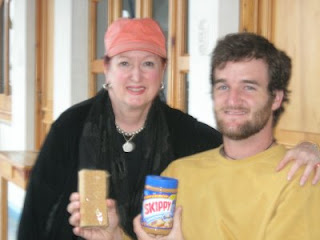 Wine was a requirement in the evening regardless of whether it was sangria or chianti. Actually, she could be talked into wine at lunch, especially if it was raining. One of our most intimate talks was on a miserable, rainy day at San Gimignano, Italy. There were few tourists out and we could only dash between stores and sights. By 11:30 a.m. we were depressed and wandered into a restaurant for an early lunch. Two and half hours and a bottle of wine later, the weather was of no import. 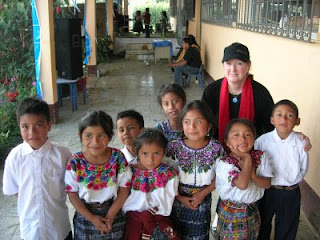 Terry would say all New Yorkers are starved for children. This meant every child was a wonderful distraction for her. She talked in English to them regardless of the country. All children were adorable and were addressed as “darling” “honey” or “honey bunny”. She often found children more interesting than adults and would spend time playing and talking with them rather than engaging in stilted adult conversation. She never met an ugly child. She has an infectious laugh and kids always loved playing with her.
The best part of traveling with Terry was and is her incredible flexibility. She goes on the trip for the opportunity to see her nieces and nephews and the rest is just icing. She stays quite cool if the bus is late or the restaurant closed or there’s unexpected rain. Museums were interesting but not a requirement. She could always find someone to talk to or a child to play with. She loved living in the moment on her trips and always commented on how greaaaaaat it was not to be working. Her only requirement was an afternoon nap and she was good for any adventure.
I know she swallowed some concerns when we decided to travel in Honduras and Guatemala. In Guatemala she was sure “something” was crawling up her legs. Her greatest fear was getting dengue fever. When I had appendicitis at the beginning of our trip in Honduras and we had to return to the capital for medical care, she was secretly happy that she wouldn’t have to spend the night in the dengue fever areas where our niece lived. Despite the trip being cut short, she went home with great stories which she always shared with her myriad of friends. In fact, travel stories were her souvenirs. She could make any experience sound more dangerous than it probably was.
For these reasons, I will always travel with Aunt Terry. She brings a cosmopolitan flair to the deepest jungles. And how could that not be fun!