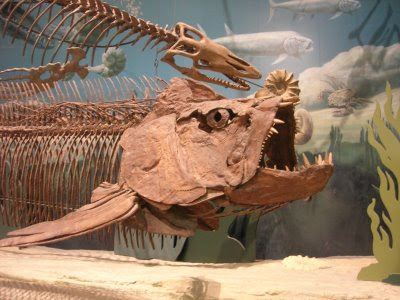 Not everyone has season tickets to the University of Oklahoma’s football or basketball games. And few of us take courses there. But the University’s campus is much more than sports and academics. In fact, a family trip to Norman can please every age group. 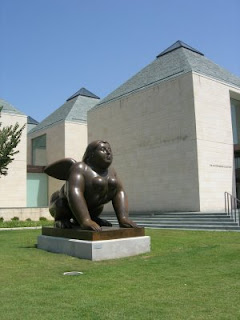 The University of Oklahoma’s art collection was been years in the making, beginning in 1936 with the donation of a large collection of East Asian Art. In 1971, the Museum moved into a permanent facility built by Mr. and Mrs. Fred Jones in memory of their son, Fred Jones, Jr., a former student of the school. The Lester Wing, constructed in 2005, is the latest addition and the most beautiful. Galleries are housed in a series of wings with glass skylights, allowing maximum natural light. Each wing is a sleek, vertical, white limestone rectangle with a pyramidal slate roof. There’s even a rounded, winged sphinx guarding the entrance to this part of the museum.
Tucked in one of the wings is the magnificent Weitzenhoffer Collection. The gift from Clara Weitzenhoffer was the largest art gift ever made to a public University in the United States. 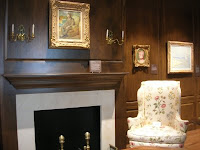 The home setting displays the remarkable French Impressionist collection of the Weitzenhoffer family, complete with their original furniture. A Gaugain rests above one fireplace with Claude Monet supervising another. A Toulouse Lautrec piece appears behind the arm chair and Voillard peers over a side table. The book shelves casually display an impressive18th Century Chinese Export Porcelain collection including a large number of porcelain Dalmatians. The exhibit is a peek into a family’s actual use of fine art in its everyday life. Mom will like this. 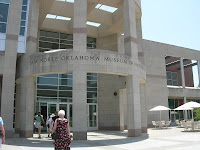 Take a break with the kids and drive the short distance to the Sam Noble Oklahoma Museum of Natural History, another collection made possible by a wealthy Oklahoma oil family. Often a Natural History Museum will send children screaming. But this one is crammed with child friendly displays, huge dinosaurs, and some superlative remains from the Mesozoic Era. Oklahoma is well represented in the journey from earth’s birth four and one-half billion years ago through the end of the ice age. For a large part of that time, Oklahoma was under water or hanging out down in Peru where six and seven feet tall insects were prevalent. 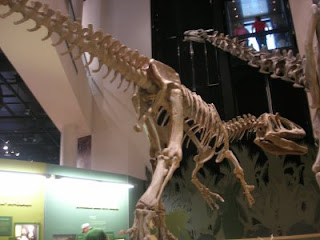 Our guide pointed out Oklahoma’s contributions to the Dinosaur era. A pin head Cotylorhynchus was an early resident of Norman and the Brontosaurus from the OK Panhandle is 94 feet long, the longest in the world. Visit the Cretaceous, a friendly, “granola eating dinosaur”, who represents the era when Oklahoma was “beach front property”. We learned Ft. Sill, Oklahoma has the richest source of Permian fossils in the world and many of its beautifully preserved animals are on display. It’s hard to realize that the red dirt of Oklahoma is 300 million years old and for that reason alone, deserves more respect than it usually gets.
The final stop is for Dad – the National Weather Center. It is home to the U.S. National Oceanic and Atmospheric Administration, which gives weather forecasts for the entire nation. The Center was born from a natural disaster on May 3, 1999 when dozens of tornadoes pounded Oklahoma and the Mid-West and killed 44 people. Thanks to the collaboration of the State of Oklahoma, the University of Oklahoma, the U.S. Military, and FEMA, the forces of academia, government and the military were brought together to establish the weather center. The facility was just opened in 2006.
According to Dr. Kevin Kloesel, Associate Dean of the College of Atmospheric and Geographic Sciences (whew, what a title), the Center’s most important research at this time is on water issues such as droughts, hurricanes, agriculture sustainability, and climate. They are also the world’s experts on the use of radar (including C-band Doppler radar) to see directly into tornadoes and hurricanes. In 2009, the world’s largest tornado project will unfold with 30 different vehicles hosting radar ready to track a storm. Tornado chasers love this place. Tours are available to help make sense of it all and include a visit to the Severe Storm Lab with its 24 hours per day forecasters as well as the outdoor Observation deck. Reservations are REQUIRED. They can be booked two weeks in advance and are not open on the week-end. This stop requires planning but is worth the effort.
Today, the University of Oklahoma campus is much more than an academic center for its students. Now the whole family can all learn from its offerings to the public. You just have to cross the Red River to make it happen.
Before you go…
Fred Jones Jr. Museum of Art555 Elm AvenueNorman, OK 73019-3003405.325.3272
http://www.ou.edu/fjjma/home.html
Sam Noble Museum of Natural History
2401 Chautauqua Avenue
Norman, Oklahoma 73072-7029
405.325.0598
http://www.snomnh.ou.edu/
National Weather Center
120 David L. Boren BlvD.
Norman, OK 73072
405.325.3298
http://www.nwc.ou.edu/