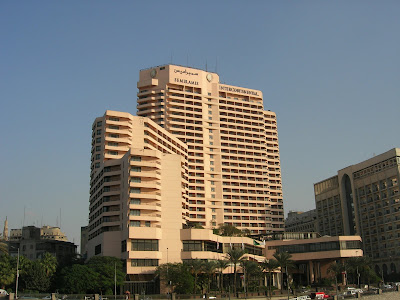 I watched Barack Obama’s acceptance speech at 7 a.m., November 5th, in a hotel room in Cairo, Egypt. There were not shouts of joy in the street at the time. It was too early for the newspapers headlines to reflect the victory. But later, the excitement of his election became apparent. 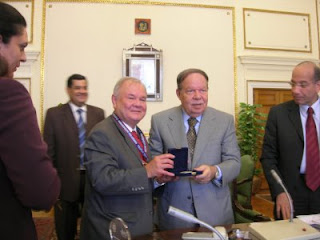 Under the People to People Ambassadorial program, a delegation of 25 lawyers, with their leader, Richard Pena, former president of the State Bar of Texas, traveled to Cairo to meet with Egyptian lawyers and law professors. On that election day, we were received by Dr. Ahmed Fathi Sorour, president of the People’s Assembly – a position equivalent to our speaker of the house. His Masters of Education was from the University of Michigan where he was most impressed with our emphasis on human rights. Dr. Fathi’s recent book, “Facing Terrorism by Law” is a treatise on the balance of rights and national security needed to deal with those who wish us harm.
When asked about Obama’s election, Dr. Fathi responded with “chapeaux (hats off) to the Americans” on this election of Obama and of human rights. He hoped it would finish a period of conflict between blacks and whites. He considers the U.S. to be courageous in its respect for human rights. 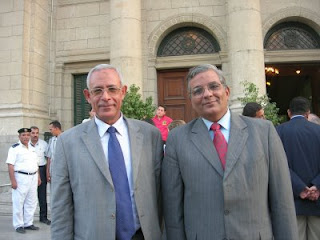 An afternoon meeting began with the Dean of Cairo University’s Law School which serves 30,000 students. Egypt based its law on the French Civil Code but many of their professors are American trained. The Dean also extended his congratulations to Americans for their election of a black president. Their university closely follows our treatment of terrorists as Egypt has also had incidents of persons using violence for political gain.
Later in the week, a visit to the impressive Alexandria Library provided an encounter with its director, chief librarian and staff. They first congratulated us with “great joy” on the election. One felt it was “breaking the paradigm” and hoped we could now finish the agreement between the Palestinians and Israelis.
Senator Ismail Serageldin, director of the library, went further. Because of his Harvard training, he knew civil liberties had been abridged four times in U.S. history – the Alien Sedition Act under John Adams, Lincoln’s suspension of habeas corpus, the Japanese internment during World War II, and Guantanamo and the declaration of enemy combatants. He considered only Lincoln’s act as legitimate. Guantanamo’s preventative detention cannot “square” with the presumption of innocence and the right to silence cannot “square” with torture.
Egypt has lived under “emergency law” since Mubarak became president in 1981. All of the speakers recognized their country lacks our emphasis on civil rights. It is, they said, why they need the United States to continue to be the world leader in enforcement of individual rights. Terrorism requires a “wise balance” of rights and national security as Senator Serageldin acknowledged. All wanted our experience to help guide them as they press for more civil rights. And that is why the legal community in Egypt was so encouraged by the election of Barack Obama. Yes, he was a black man with African roots but he was also a constitutional law professor. And all of them understood the significance of that knowledge.