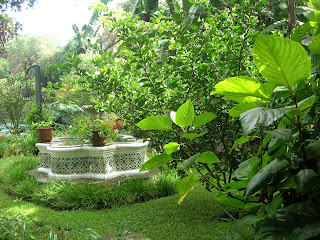 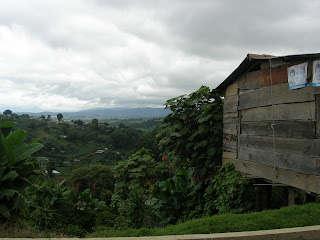 Guatemala is a lovely country, especially in the mountains during the rainy season. Yes, it rains most days but usually for only a part of the late afternoon. The view for the rest of the day is of lush, deep green fields filled with vegetables, coffee and fruit supervised by puffing volcanos. Because plots are small, there is a checkerboard effect that is missing in the large farms in the United States. Farming sustains two-thirds of the population, but only at a very basic life style. When the family outgrows the production of the family plot, something has to give. The first move is to the cities of Guatemala. When work is not found there, the next move is to the United States.

During a two-week stay to study Spanish in Quetzaltenango (known as Xela), I had the opportunity to speak candidly with my teachers and host family about the immigration problem from their perspective. Everyone has a relative in the U.S., but the stories are seldom happy. A typical scenario came from my first teacher. Rosalba was young, in her 20’s, unmarried and living with her sister. Slender and wide-eyed, my instructor smiled readily and was an organized, fun teacher. Her family had initially consisted of her parents, two brothers and three sisters. They lived in a community outside of Xela. About 15 years ago, her father immigrated to America in search of a job. Initially, money was sent back to her mother and her father visited once or twice a year. The last time he came, he wanted a divorce as he had met someone else. This was devastating to her mother. The payments stopped after that visit. One at a time Rosalba’s brothers also crossed the borders and never returned. Her mother worked to support the girls, but later developed severe diabetes and died. Rosalba was tearful speaking of that time. What was a family of seven was now a family of three girls. Her brothers cannot visit because of the difficulty in crossing the borders to return to their lives in America. Immigration has taken away Rosalba’s family with no financial benefit to those left behind.

Rosalba’s stories and those of others were a surprise. It was expected that many families had members working in the U.S.. What wasn’t expected was the gradual cutting of the bonds that hold families together despite separation. As in Rosalba’s situation, money often comes at first but there’s no guarantee that it will continue over the years. Many children are growing up in female-headed households. The homes that took in English students at The Minerva Language School were all led by women, most with young children. My host family consisted of a grandmother raising a granddaughter, a teenage son, and another daughter who had a baby boy. The teenage boy was the “man” of the house.

My second teacher advised me that immigration and the long war had torn apart the close Latino families. Guatemala suffered through an internal war for 34 years, which slowed economic development. Whole villages of indigenous people were destroyed during this time. Carmen told of a terrifying experience when her bus was held up by guerrillas, the driver shot and the passengers left on the side of the road after being robbed. However, in 1996 , a negotiated settlement between the government and the guerillas was signed and Guatemala has been able to concentrate on living peacefully. 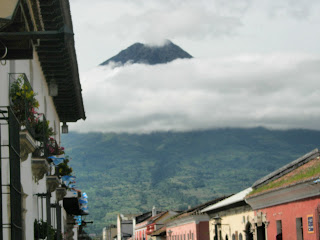 The tourist industry is booming. Many indigenous farmers, weavers and artists have formed co-ops to directly market their products. Korea is investing heavily in textile factories. Agricultural exports have grown from the traditional sugar, bananas and coffee to include broccoli and flowers. The United States is its major trading partner. Yet more than half of the population lives in poverty including 17% who live on less than $1.00 per day. The exodus for better paying jobs in the United States continues.

In Guatemala, the war has been resolved but immigration still divides families. Countries on both sides want what is best for their people. Jobs are the key to the solution and local jobs keep Guatemalan families together. But until there are enough jobs paying livable wages, there will be immigration pressures. Both sides need a resolution that will keep the immigrant’s family unit intact. Their economy and ours depend on it. So, until the next column, remember “there’s always two sides to every story.”